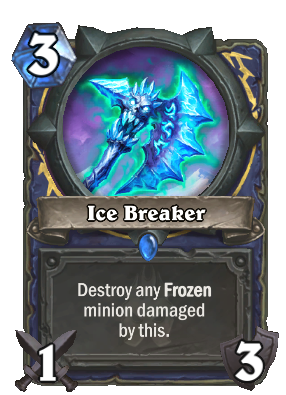 Destroy any Frozen minion damaged by this.

A great way to end a conversation.