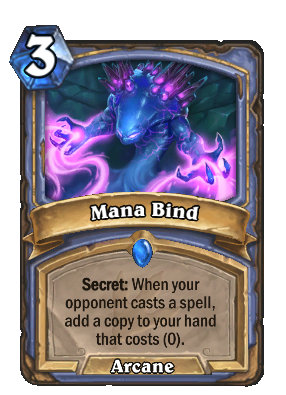 Secret: When your opponent casts a spell, add a copy to your hand that costs (0).