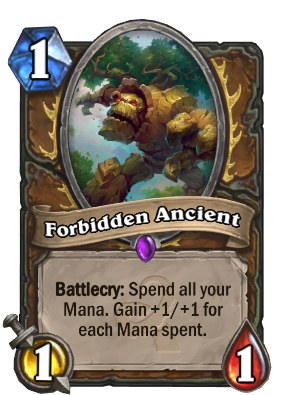 Battlecry: Spend all your Mana. Gain +1/+1 for each Mana spent.

This Ancient was banned from the local tavern after tucking a 'Dr. Boom' up its sleeve.