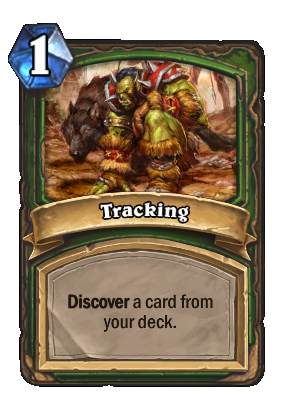 Discover a card from your deck.

For the person who just cannot decide what card to put into a deck!