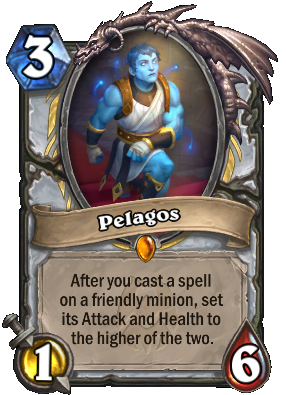 After you cast a spell
on a friendly minion, set
its Attack and Health to
the higher of the two.

He's a great judge of character.