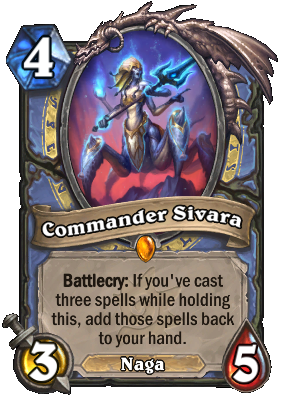 Battlecry: If you've cast
three spells while holding
this, add those spells back
to your hand.@ ({0} left!)@ (Ready!)

With six legs, gills, and an impressive array of magic, Sivara is an all-terrain-spellcaster.