Greeting, guys. This is nobravery from CN server. I'm a F2P player. Today I reached legend with this Secret Mage decklist, and I'm glad to share it with you. 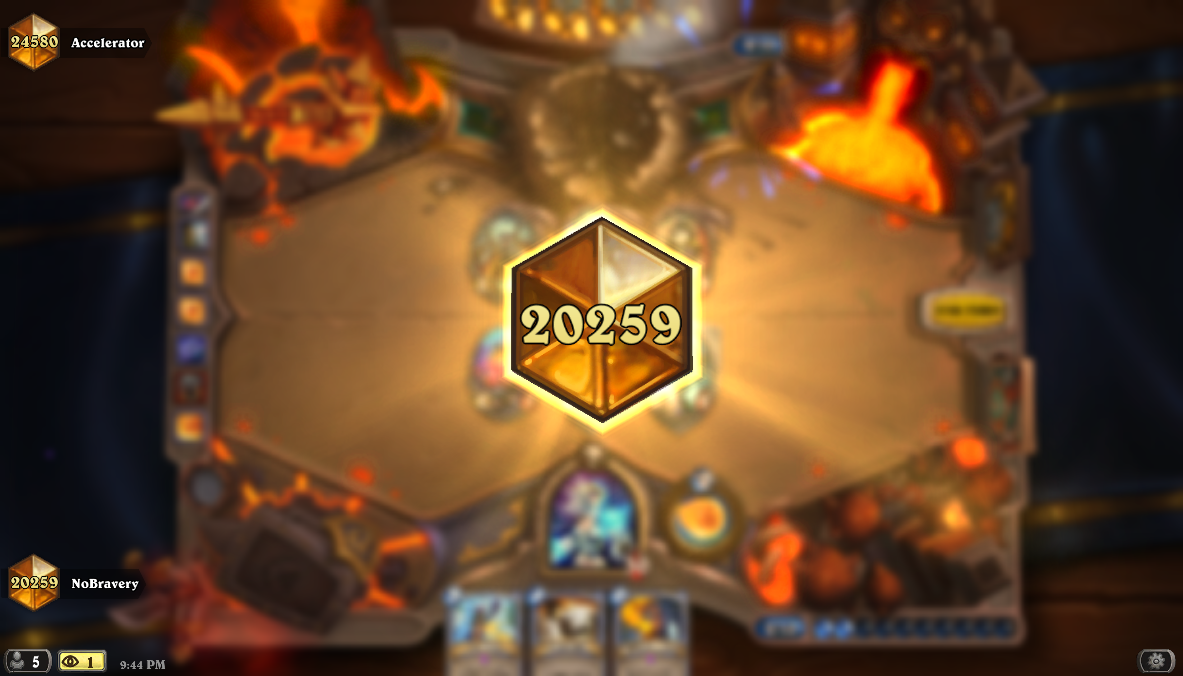 As though this deck is an aggro deck, the way you play the deck is quite different from other aggro decks. For most aggro decks, you run out of cards by turn 7 or 8, and you have to create lethal by turn 9 or 10. But for secret mage, it's not the same. In most scenarios, you develop your board before turn 5 or 6, and starts to lose board control by turn 8 or 9, then you throw all your damage spells onto your opponent's face to win the game in turn 9 or 10.

In order to make sure that you will have enough damage spells, this decklist includes 2* Cabalist's Tome, 2* Primordial Glyph and 2* Arcane Intellect. That's also the reason I don't run Kabal Crystal Runner. It's a great card if you wanna develop a board, but once you lose control of the board, it doesn't help you win at all.

Develop your board until you don't have any minions in your hand.

After running out of minions, play Cabalist's Tome, Primordial Glyph and Arcane Intellect.

Calculate how much damage you have in hand, how much heal your opponent may have and decide whether to go face.