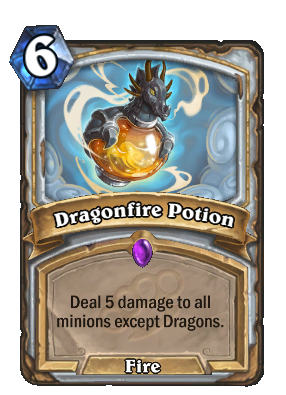 Deal 5 damage to all
minions except Dragons.

No one was brave enough to fire the dragon in person… so they made the potion do it.