Hello, I am Pelitin, a Hearthstone player since beta who has reached legend several times. I have always favored a tempo play style with some of my favorite decks being Tempo Rogue, Tempo Mage and Midrange Druid. With Tempo Rogue not being viable for over a year now, I was really looking forward to Unearthed Raptor as a card that might revive the archetype and so far I have been very pleasantly surprised by the results. I reached legend rank with this deck in season 20 and am planning to keep laddering with it and refining it on this upcoming season as well. 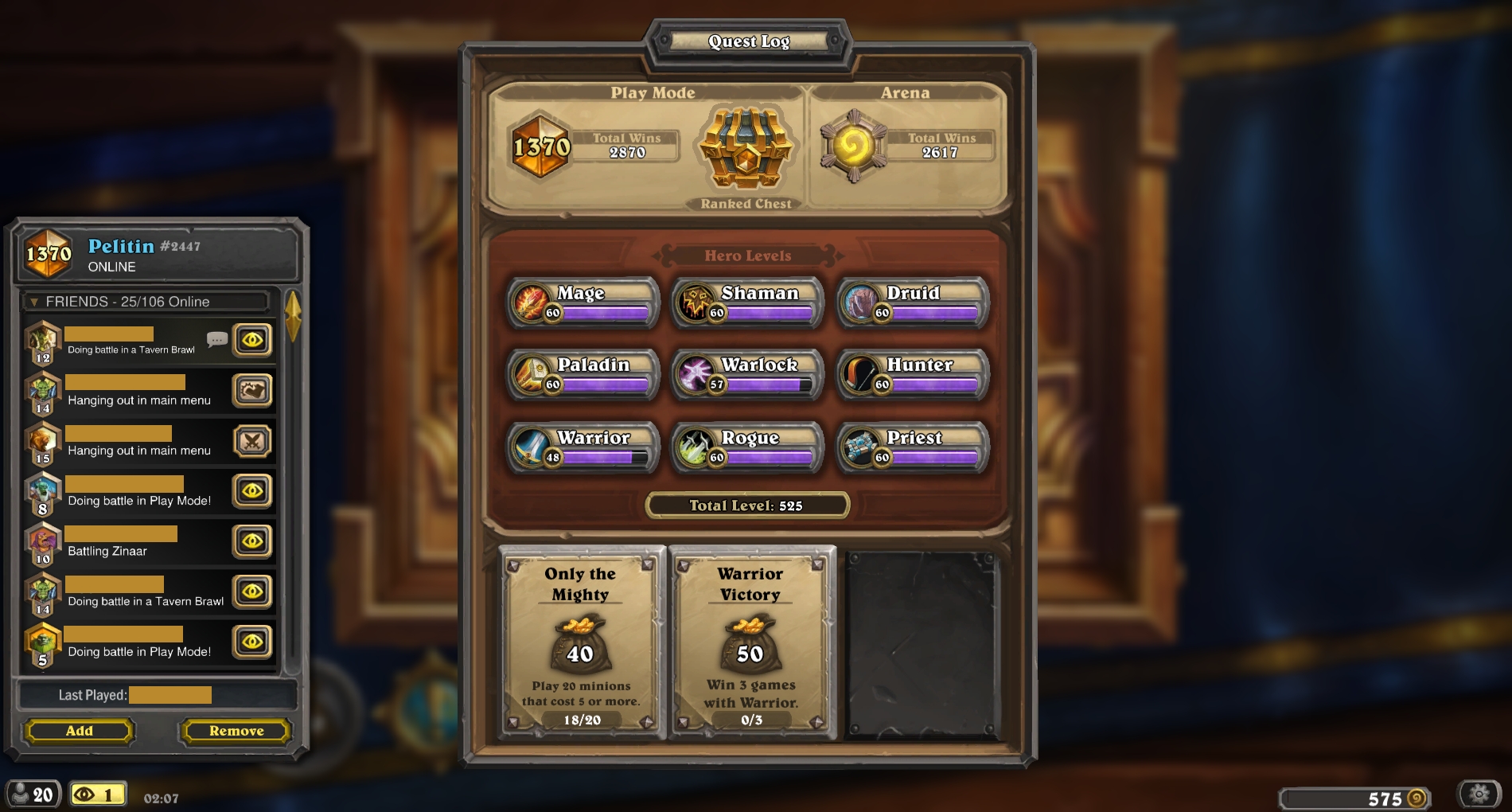 3rd of December 2015
Trying out a suggestion by UdyretST, working out well so far.
-1 Bloodmage Thalnos
+1 Leeroy Jenkins

Your plan with this deck is to flood the board with hard-to-remove deathrattle minions and kill your opponent before he can stabilize the board. It is very difficult to come back with this deck if you fall behind early so it is extremely important to gain control of the board during the first few turns. Early game you should be focusing on making favorable trades to maintain board control until you are in a good enough position to start prioritizing the face.

Backstab - One of the best tempo swing cards in the game and a pretty obvious inclusion. Cheap removal which allows to establish early board control as well as enable combos later in the game.

Cold Blood - A good activator for Nerubian Egg. Works well for trading on the turn played, but can also be use to go face with a deathrattle minion the opponent would normally not trade into like the Nerubian Egg  to force the opponent to deal with the target minion on their turn (remember to watch out for silences when played like this). Also adds some reach which is something the deck would otherwise lack.

Abusive Sergeant - Second activator for Nerubian Egg. Best used early to trade with deathrattle minions. Can also be just played on curve in the early game without making that good of a use out of the battlecry.

Leper Gnome - Best turn 1 play. Copying the deathrattle with Unearthed Raptor can be good in some situations but generally the worst deathrattle in the deck.

Eviscerate - A strong spell for fighting for board control as well as the main reach in the deck.

Sap - Another strong tempo card best used on 5+ mana taunts or other expensive minions to set up for a lethal for the next few turns.

Haunted Creeper - Great sticky early game minion with a good deathrattle to copy if you didn't draw a Nerubian Egg.

Loot Hoarder - Some draw and a decent deathrattle.

Nerubian Egg - The strongest deathrattle in the deck. Playing a Nerubian Egg on turn 2 and following it up with an Unearthed Raptor on turn 3 basically wins you the game in most match-ups.

Fan of Knives - Great early removal with a card draw. A very important card against Paladins to counter Muster for Battle and general token spam.

Unearthed Raptor - The core of the deck. Aim to copy a strong deathrattle but don't be too afraid to play even with no targets if you have to.

Defender of Argus - Third activator for Nerubian Egg. Taunt weak deathrattle minions to force your opponent to trade. Or slow the game down if you are getting rushed.

Piloted Shredder - Best 4 drop in the game and a great deathrattle, not much to say here.

Loatheb - Lets you flood the board and avoid board clears for a turn allowing you to push for lethal on the following turn.

Other cards to consider

Other cards that are not fast enough for THIS deck include: Brann Bronzebeard, Cairne Bloodhoof, Stalagg, Feugen, Baron Rivendare and Sneed's Old Shredder.