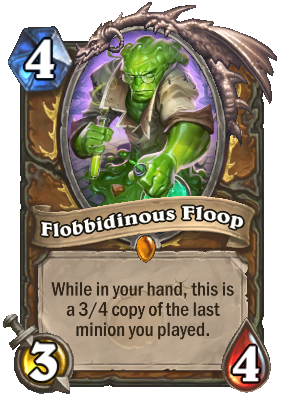 While in your hand, this is a 3/4 copy of the last minion you played.

Of all the scientists, he has the most knowledge (when measured in volume).