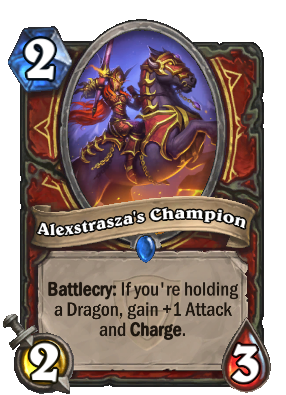 Battlecry: If you're holding a Dragon, gain +1 Attack and Charge.

"Put more spikes on her. No, more spikes. What part of 'more spikes' do you not understand? MORE SPIKES!" - Alexstrasza