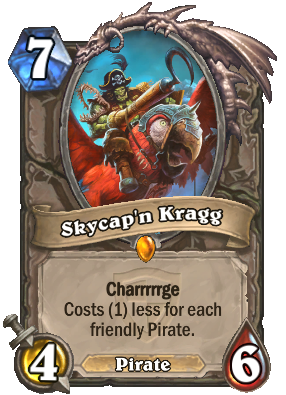 What's more boss than riding a parrot with a jawbone for a shoulderpad while wielding a giant hook-lance-thing and wearing a pirate hat? NOTHING.