Hey guys, my name's Kohai and I'm from Austria. (so apologize me for bad english) With this Oil Rogue decklist I got Legend in February, March and April 2017! The STB nerf hurts this deck a lot but I gladly created a similar deck that works well for me 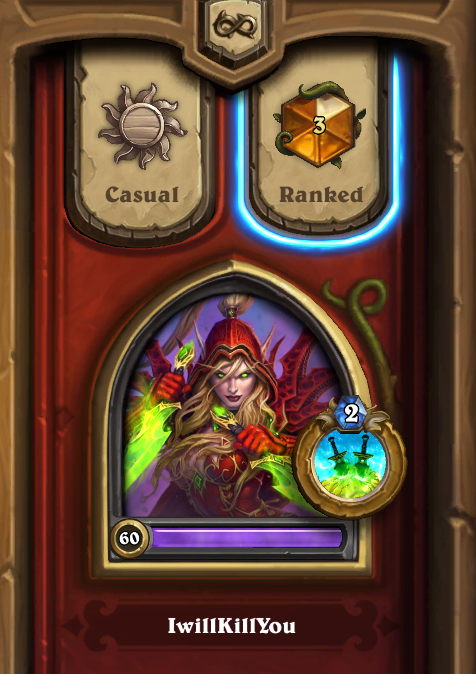 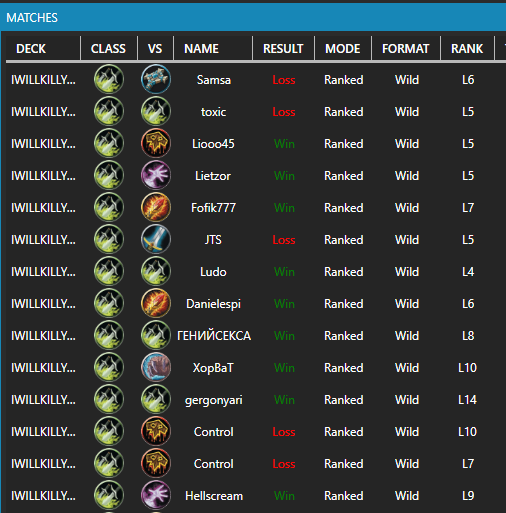 How to play this deck?

On first look this deck maybe looks strange to you if you haven't played it before. What archetype is his deck actually? Is it Combo because it has potential to nearly OTK your opponent and with a few minions on field that's possible? Or is it Midrange/Tempo because it contains cards like Piloted Shredder, Azure Drake and Sludge Belcher but also cards like Preparation, Backstab and SI:7 Agent for those tempo swings? Or is it Aggro because you sometimes kill your opponent before Turn 6 with cards like Preparation + Tinker's Sharpsword Oil or an early Edwin VanCleef? The Answer is it can be everything in certain matchups and you can sometimes play it like you want. (Aggro or Combo for example; This is where desicions start: Does my opponent have Reno Jackson? Do I play aggressively or keep combo pieces? What is the worst outcome if I play aggressively? Should I keep my Sap if I decide to burst him down later?) Of course against Pirate Warrior or Egg Druid you're almost always the passive player.

So Oil Rogue was somewhat a Control Deck back in the days when Blade Flurry wasn't a meme. The only difference was you didn't play big late game threats, instead of late game threats you played Sprint, massive board clears and a lot of burst damage, so it was a Combo Deck.

Now we don't have the option to play those massive board clears, instead we have early game pirates to make this deck a lot more aggressively, which makes it a Hybrid version of Oil Rogue. Sometimes it's a Tempo deck, but sometimes a Combo deck. Also depends on your playstyle :)

People who never played Oil Rogue before might do some mistakes. Keep in mind it's not the easiest deck to pilot and it needs some practise, but you will get rewarded mastering it. This is not a Control Deck! Beginners often tend to trade too much with this deck. You need the face damage to finish him off later, the pirates will help a lot to do face damage/trade while you can trade/do face damage with cards like Piloted Shredder and Sludge Belcher.

Your Gameplan is, as I already mentioned, to do some face damage in early game with pirates and collect your combo pieces with your card draw engine to finish your opponent off. Usually your enemy will be at 15 health on turn 6 if you're the aggressor. So on turn 7 you draw a lot of cards and burst him down next turn. (Sometimes it's a 2 turn lethal) Against Aggro decks you won't have problems with board control early on but you will take a lot of face damage. Your win condition here is Antique Healbot or Sludge Belcher. Sometimes Edwin VanCleef wins games on his own against them :)

Why do I play this deck?

-The reason I personally prefer Oil Rogue over a deck like Pirate Warrior or Egg Druid is   simple:

The game isn't over in most of the times when your enemy has Reno Jackson on Turn 6 especially with comeback possibilities like Sprint or Gadgetzan Auctioneer. Yes, I know Egg Druid plays Jeeves so that's not a fair reason. When i played Egg Druid I often just hoped my opponent doesn't have a board clear right on time.

-My opponent doesn't expect me to play Oil Rogue

-It has a good chance to win vs Pirate Warrior

-It's quite a fast deck to play on ladder (Average Game: ~9 Turns)

-It has almost no bad matchups (even decent against Freeze Mage)

-I like to make decisions how to kill my opponent in 2 turns in the best way he doesn't expect it. There's a lot of decisions you can do and you will get punished for wrong ones. Overall it's a deck which is fun to play and I would even say one of the fairest decks in Wild to play against too, because your opponent also has to make decisions which can punish him as well which leads him to lose the game. It's more 'fun and interactive' than Pirate Warrior or Freeze Mage, because there's interaction with this deck. (That doesn't make this deck bad) In those 2 decks your opponent sometimes just can't prevent to lose. Oil Rogue punishes bad players and rewards good players.

-Always play minions first before Preparation + Sprint! (This doesn't count for 1 cost minions!) Or you are looking for possible lethal of course.

-SI:7 Agent on curve without combo is okay if you don't feel like you're running out of steam in near future. (so basically if you have a good follow up it's okay)

-Tinker's Sharpsword Oil can be used to clear the board

-Southsea Deckhand on turn 1 is okay because you still have a second one for the combo. If your hand is spell-heavy you shouldn't play it turn 1

Keep in mind this deck is not the easiest deck to play and definitely needs some practice, also it's not a tier 1 deck like Pirate Warrior or Renolock, so it's not the best deck to pick if you want to climb the ladder. Good luck and never give up :)