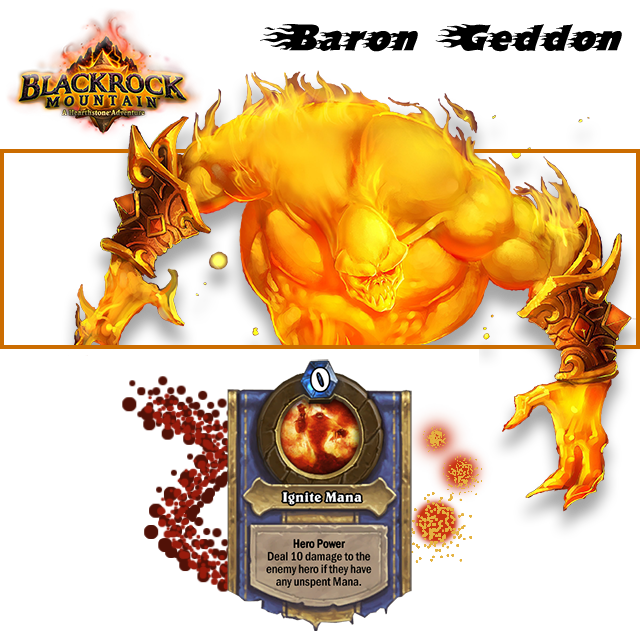 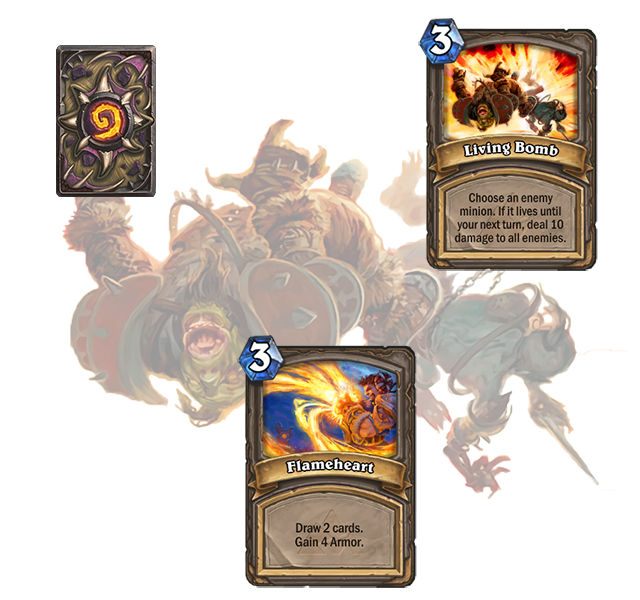 Mulligan Guide: Baron Geddon is an absolutely ridiculous fight. You've got to do 100 damage to him while using all of your mana every single turn. Thankfully, the encounter is broken and he doesn't cast Living Bomb anymore. Even so, it is still a very difficult and frustrating battle. You'll want your starting hand to include a 1-drop and a 3-drop, because that way you've at least got the first three turns planned out (you'll use your hero power on turn two).

The goal of this deck is to get Mal'Ganis on the board so you no longer have to worry about the threat of the Baron's special ability, Ignite Mana. Ideally, you'd like to be able to get him out early with a Voidcaller, but that's not always possible. Regardless of when you play him, you want to make sure you can protect him. If Mal'Ganis gets killed, then it's probably the ball game.

You have to pay close attention to your mana and plan out your turns ahead of time. Don't hesitate to use a Forbidden Ritual, even if you're only getting one or two minions from it.  Sometimes it may be the only way to avoid taking 10 damage. Sense Demons is also a great way to dig through your deck and get minions of varying costs to try and make use of all your mana.

This deck should already be able to deal with Living Bomb, should he ever start casting it again in the future.  You can currently kill your own minions with Sacrificial Pact or use Spellbreaker on them. If you find that's still not enough, then you could try throwing in a couple of Youthful Brewmasters so you can just bounce minions back to your hand.  You can also do a neat trick using two Youthful Brewmaster to bounce them back and forth to use up any additional mana you may have leftover.

Lord Jaraxxus can be replaced with something else, if necessary, preferably another large Demon. Some of you may be missing Mal'Ganis, but he is absolutely crucial to the success of this deck. If you can't craft him, then I would try one of the alternate decks listed below.