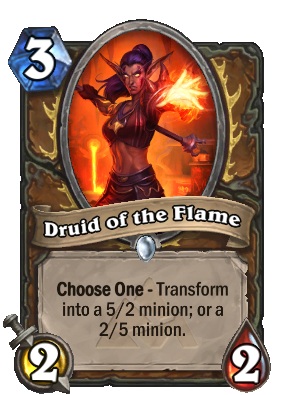 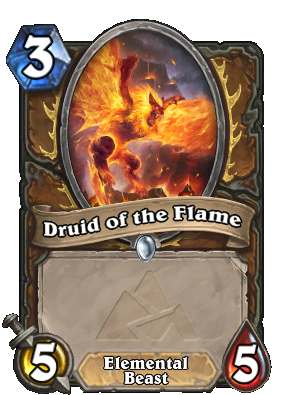 The normal version of Druid of the Flame is obtained by defeating Garr in the second wing of Blackrock Mountain, Molten Core. Once obtained, you can craft the golden version for 400 arcane dust.

Check out our Garr Boss Guide!

Druids who fought too long in Northrend were easily seduced by Ragnaros; a mug of hot chocolate was generally all it took.