Greetings, fellow summoners!  I present to you the latest and greatest aggro Shaman deck featuring: Mechs!  Bloodlust has always been one of my favorite cards, for not only its awesome effect but for the animation and nostalgia from the original Warcraft games so I wanted to make a deck that centers around that.  Naturally, a lot of the best token generating cards we have these days are mechs like Microtech Controller, Harvest Golem, Explodinator and Replicating Menace so I figured going the mech theme would be perfect!  One of the reasons this deck works so well is because after rotation into Year of the Dragon a lot of classes lost their early removal spells so it's much easier to stick those early wide boards.  If you like winning on turn 5, or just winning in general then keep reading!  Full write up below :) 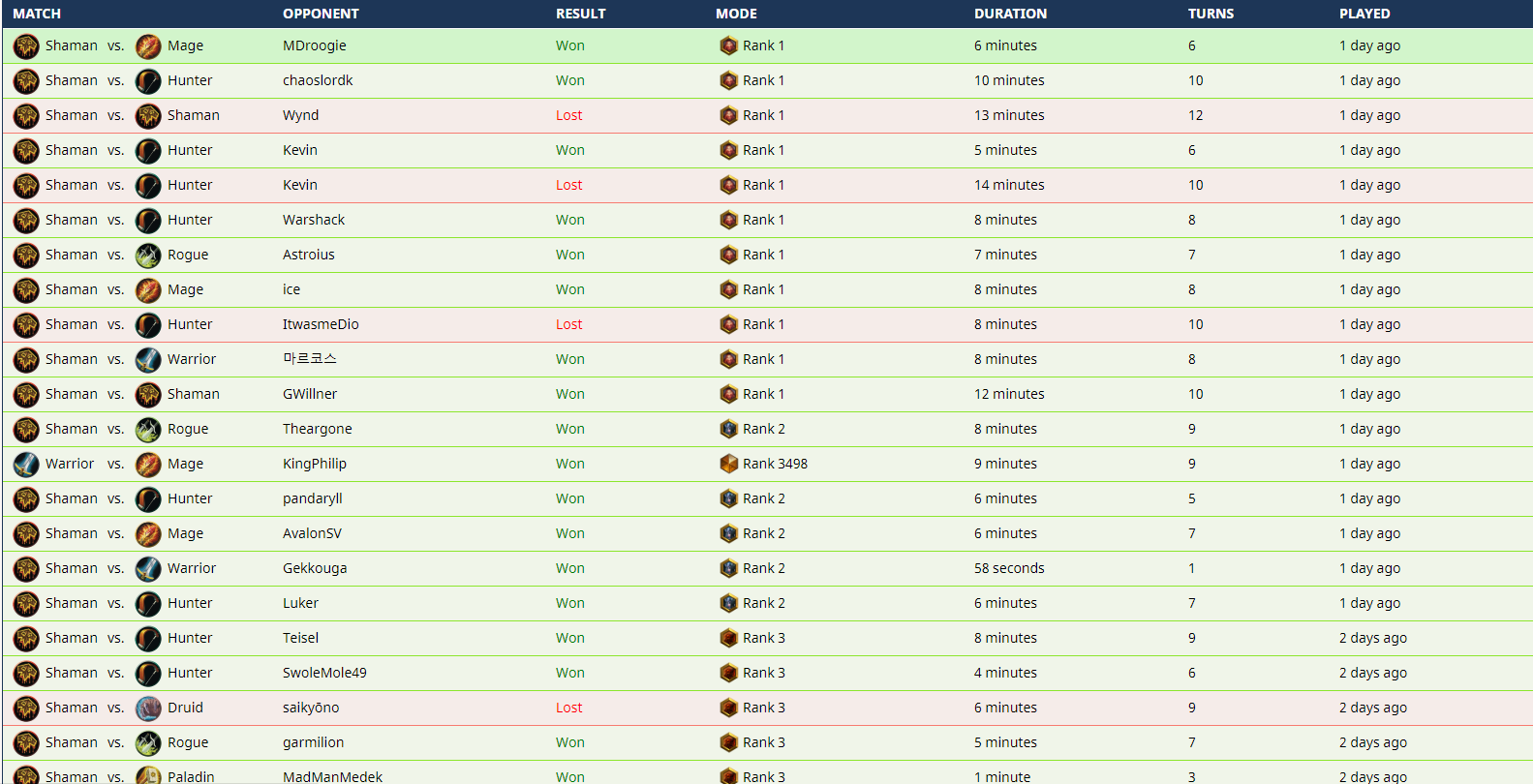 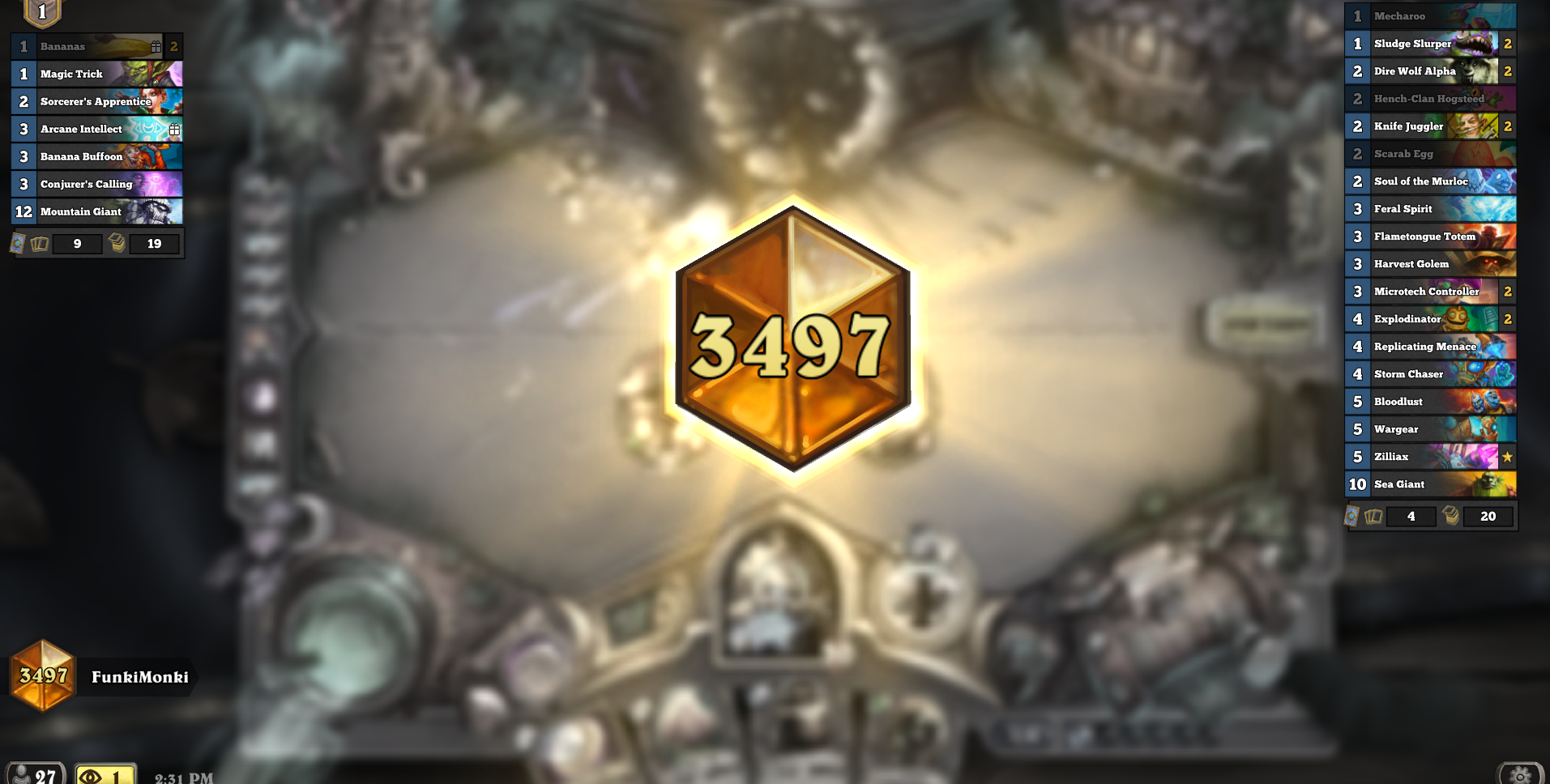 Board control is extremely import because most of your damage is going to come from your Bloodlust win condition or with a big Sea Giant or Wargear.  Using your early minions like Mecharoo, Sludge Slurper, Hench-Clan Hogsteed, Feral Spirit, etc, allows you to gain board control pretty easily and then you can flood the board with Microtech Controller, Explodinator, Replicating Menace, etc to setup for a big Bloodlust.

Because we don't have any card draw in this deck we have to be extremely cautious about potential board clears.  This means not over extending a bunch of 1-2 health minions on turn 4 against Warrior because of Warpath or having some deathrattle minions going into turn 5 because of Brawl, not leaving a lot of 1 health minions on turn 4 vs Druid because ofSwipe, etc.  Sometimes, depending on the hand we are given we have no choice but to flood the board with fragile minions and hope our opponent doesn't have the removal to clear our board, but when given the option a lot of times I would put down a Harvest Golem over Microtech Controller, for example going into those turns that my opponent might have board clear.  You don't ALWAYS need to Bloodlust on 5, so sometimes making those boards of 2-3 minions with deathrattles are better to make it more awkward for your opponent to have to deal with.  Going wide and using Bloodlust is not our only win condition either since we can push a lot of damage by just magnetizing our mechs like Replicating Menace, Wargear and Zilliax for some "charge" damage.

I hope you like this deck and, as always, if you have any questions or have a suggestion please comment below (I respond to all comments)!

And here is a great deck showcase by Kiwiinbacon: