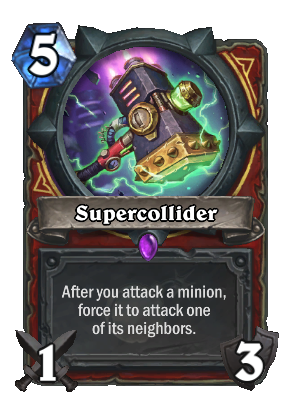 After you attack a minion,
force it to attack one
of its neighbors.