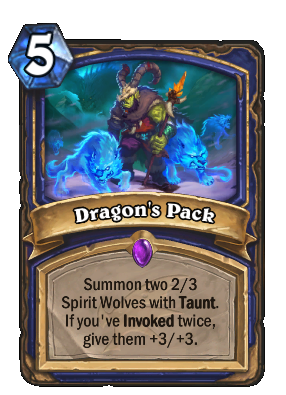 Each dragon's pack is guaranteed to have at least one rare.