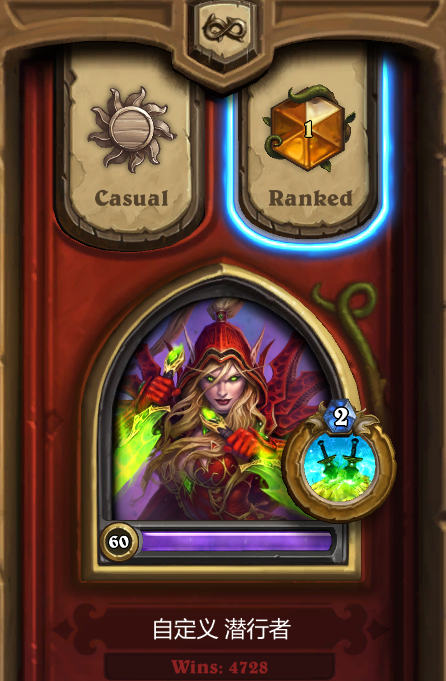 My name's Kohai, I managed to make it to rank 1 with an incredible winstreak. (before nerfs) So guess what happens when 2 of Oil Rogues worst matchup get nerfed? (Pirate Warrior and Aggro Druid) I play Wild since January 2017 and reach legend every month with Rogue only (February to September) and hit Top 10 multiple times with it. But with this deck it's the first time Top 1 for me ever and I'm glad I did with my all-time-favourite deck Oil Rogue. This deck got surprisingly (even tho it's a Wild deck) a lot of attention, so you guys deserve an In-depth guide now! I also work on a video guide so you can see this deck in action. I'm sorry it took so long to make this guide, thank you for all the support!

Other versions of the deck:

Stats for all people on Ladder:

(15% popularity and 66% winrate is a lot for me) source:https://hsreplay.net/decks/IoEBQAW9LWPjCZHN00y91/#gameType=RANKED_WILD 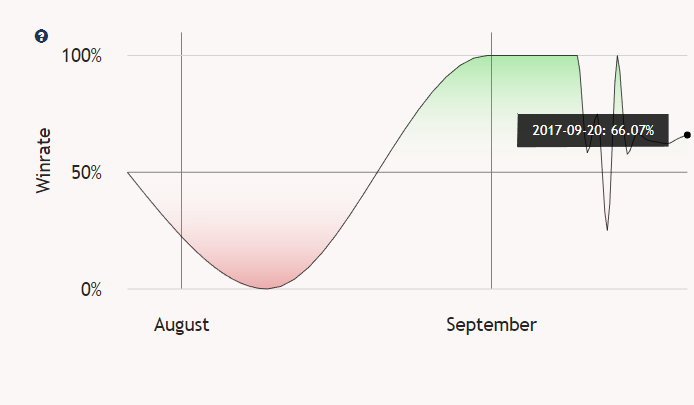 At first you might think; How can Oil Rogue work without Blade Flurry? The Answer is: (believe me or not it makes a huge difference) this deck is more aggressive than in 2o16|2o15 with early pirates and mainly Patches the Pirate. So whenever someone asks me if Patches is necessary for the deck, the answer will always be yes it's the card that makes it viable again.

Please keep in mind this is not Miracle Rogue! They may look very similar but with 10/30 cards different than Miracle Rogue this deck plays itself different. You don't need Gadgetzan Auctioneer or Questing Adventurer/Edwin VanCleef to win a game, Oil Rogue is a lot more consistent and has less dead draws. (less highrolling)

Against Control: With early pirates you try to get some damage to face until you drop your midgame minions. (your strongest turns are around turn 4 - 8) This is an aggressive combo deck, (like Patron Warrior was or Miracle Rogue) which means you only take the best trades (prefered with weapons, spells and pirates) and go face with the midgame minions. Try to play around board clears as well as you can. You should finish your opponent with a lot of burst around turn 7, and if your opponents plays Reno Jackson this decks Strength comes in where you should cycle through your deck and win that way. Never exaggerate too much when your opponent has cards like Reno Jackson and Lightbomb, that's how you lose those matchups. Only go in when you can't win otherwise (sometimes you can cheat wins that way) Beneath the Grounds locks down all the Reno decks which gives you the time to 2 turn kill them without getting in trouble.

Against Midrange: Depending on the midrange deck of course, but this archetype you usually wanna target. They usually are too slow for this deck. Often you can go in with Preparations, Edwin VanCleef and Tinker's Sharpsword Oils and theres nothing they can do without heal, also they often can't handle how much card draw you have. Since Innervate got nerfed Rogue is the only class with such heavy tempo swings. With cards like Preparation it's hard for them to gain tempo ever and that's pretty much the only way how they can win.

Against Aggro: Since Pirate Warrior and Aggro Druid got nerfed, theres no aggro deck I'm aware of that's favoured vs this list. Aggro Shaman gets too much punished by Deadly Poison, Preparation, Eviscerate and Sap. Aggro Token Druid without Innervate is MUCH easier to deal with and Murloc Paladin NEVER was a problem even before nerf. Face Hunter struggles with your early pirates so that matchup shouldn't be a problem as well. Let's hope Pirate Warrior doesn't come back because this deck will still beat you. So the idea is to keep board control with pirates and cheap spells in the early game. Oil can be used as a weaker Death's Bite on curve just so you can get rid of their minions. When you drop the first midgame minion your opponent can't deal with you should be in a good spot, Also keep in mind - you sometimes get those Early Edwin VanCleef turns where you just insta win vs them. It's not worth hard mulligan for Edwin tho.

Advantages: Quite cheap; with 6900 dust this deck is rather cheap for a non-aggro wild deck - not much Wild cards to craft, but those are very important. Azure Drake, Tomb Pillager, Piloted Shredder and Tinker's Sharpsword Oil literally make your whole midgame. (And obviously Oil which is the core card of the deck) All of these cards are very strong and I would love to have them in Standard.

Difficulty: This might be a disadvantage for some people but I personally put it in the 'Advantage' category. This is a hard deck althought it may not look like one. (and technically it isn't) The hard part of the deck is always the question when to go in and when you should'nt. Even the smallest misplay can lose you the whole game.

Burst potential: This may not be much of a surprising factor as it used to be, but people will often don't except this decks high burst potential. However when they play around it they make passive and worse plays on average (sometimes playing around nothing while you drop the next minion) which gives you more tempo.

Matchups: Oil Rogue has almost no polarized matchups (no hard counters|totally easy matchups) and has a good chance against literally any deck on the ladder which makes it perfect for climbing and a good tournament opener, A skillful player will do well against all the decks on average.

Tech Choices: As I said Oil Rogue does somehow well against every deck here comes a really good advantage of the deck: Tech Choices. This deck is perfect with tech choices like Kezan Mystic, Loatheb, Violet Teacher, Gluttonous Ooze, ... It lets you chose a style you like to go with (I chose Piloted Shredder, Vilespine Slayer for example)

Comeback potential: With cards like Swashburglar, Preparation, Sprint and Gadgetzan Auctioneer you can always turn around games

Disadvantages: Drawing Patches: That's the most obvious disadvantage of the deck. Feels frustrating to draw Patches the Pirate here but you can still combo him with Tinker's Sharpsword Oil and other combo cards

Dead hands: Even tho I tried to make this deck as consistent as possible, dead draws happen like in Miracle Rogue.

Weapon removal: A Bloodsail Corsair can you lose you the game on a buffed weapon or sometimes even a simple dagger, cause your hero power deals perfectly with token decks especially in early game. Gluttonous Ooze in a Reno deck can also lose you the game when he gets around 3+ armor and destroys your weapon.

Loatheb: Loatheb counters this deck pretty well and is annoying to deal with

No heals: Face decks like Freeze Mage or Pirate Warrior sometimes just need to target burst in your face and win that way cause there's no heal here.

-Patches the Pirate: It's a bad idea to play this deck without patches, it's what makes it viable again. However if you really need a quick solution replace him with Hallucination.

-Edwin VanCleef: He's almost on the same level as Patches the Pirate with the exception beeing a class card rather than a neutral one. Maybe go with Violet Teacher, Piloted Shredder or Earthen Ring Farseer|Gluttonous Ooze

That's what i love about the deck, it has so much different playstyles and tech choices to make this deck favoured against a certain deck/archetype without losing much of against the other matchups.

Theres a basic deck you should never change cards in: (28)

Instead of Vilespine Slayer you can add Loatheb for example (highly recommend that one, currently top 3 with a loatheb list | It's good against all control decks, especially Reno Priest and Freeze Mage)

Be creative and experiement with some cards, only because my list works for me doesn't mean it works for you. Play the list you like the most and what fits your playstyle.

Freeze Mage: 50/50 even (again, I recommend Loatheb in this meta)

Reno Mage: 40/60 unfavoured (Ice Block + Reno Jackson combo is too much for a combo deck)

Reno Priest: 50/50 even (add Loatheb to increase this matchup)

(The class you dont want to face ever)

Control Warrior: 35/65 unfavoured (too much armor)

There no cards you keep 100% of the time because it's not a curve deck (best example is you keep SI:7 Agent against Aggro when you have Backstab or The Coin in hand but don't if you don't have an activator for him)

6. Overall Tips (highly recommend that one | Even a very experienced Rogue player might not know all of these)

-Never keep more than 1 Pirate against a Control deck

-Keeping 1 Preparation is so good, even against control decks. Only 44% of the people keep preparation in mulligan and that's a huge mistake. They probably think it can be a dead card in hand like in Miracle Rogue. Preparation has so much more value in this deck and will never be a dead card, trust me.

-This deck works really well with tempo swings in the early game (Here a quick example: it's turn 3 and your opponent has a 3/2 minion on board. Your hand looks like this: Backstab, Deadly Poison, Tomb Pillager. Instead of Backstabbing the 3/2, you equip dagger, buff it with Deadly Poison and clear the minion with your 3/2 dagger. So you can next turn deal 5 damage to minions AND drop your Tomb Pillager on empty board. That's a tempo swing. Another example would be to save Backstab on turn 2 to use it with SI:7 Agent on turn 3 to deal 4 damage on minions while generating a 3/3 SI:7 Agent on an empty board. Preparation + Fan of Knives + Edwin VanCleef is another example, I think you get what I try to say. Tempo Swings are really important for this deck especially in early game.

-When is Sprint supposed to be played? NEVER play Preparation + Sprint on turn 4 unless you don't have any minions in hand. you usually play this combo on turn 6 or 7 (sometimes in the very late game tho). Why? When you play that 4 mana combo you lose a lot of tempo. On turn 6 it's almost perfect. You spend 4 mana to draw cards and have 2 mana left. On the same turn you can remove minions with literally the best 2 mana removals in the game Eviscerate or Sap to not lose tempo. Also you can equip dagger on that turn if you need to, to combo it with Tinker's Sharpsword Oil next turn.

Obviously you can do it the other way as well. Lets say you need more tempo and your opponent is low on health. You attack with your hero face so he might think you push for lethal and play passively (let's say an Antique Healbot instead of an Azure Drake) so he played something worse than he could have. If you do this with a Deadly Poison dagger now this is even more effective, especially when you play Deadly Poison the same turn. I know this sounds very stupid but this actually works. Rarely but it does.

-Against control decks you should be careful about weapon removal. Especially Reno decks like to run 1 anti weapon card. So if you have the mana left to buff your weapon with Deadly Poison you should wait until you really need that card. Same goes for Aggro and Midrange but you always have to ask yourself how bad it would be to lose it and if you need that weapon buff right now to keep tempo.

-When do I play Bloodmage Thalnos on curve? Theres a basic rule: If you feel like getting rushed down you keep Thalnos for the spell dmg. If you feel like you're the aggressor you can drop him to cycle. There always exceptions: for example if you play vs an Aggro deck and you need answers you can always drop Thalnos to cycle.

7. Videos (from other people) | check them out!