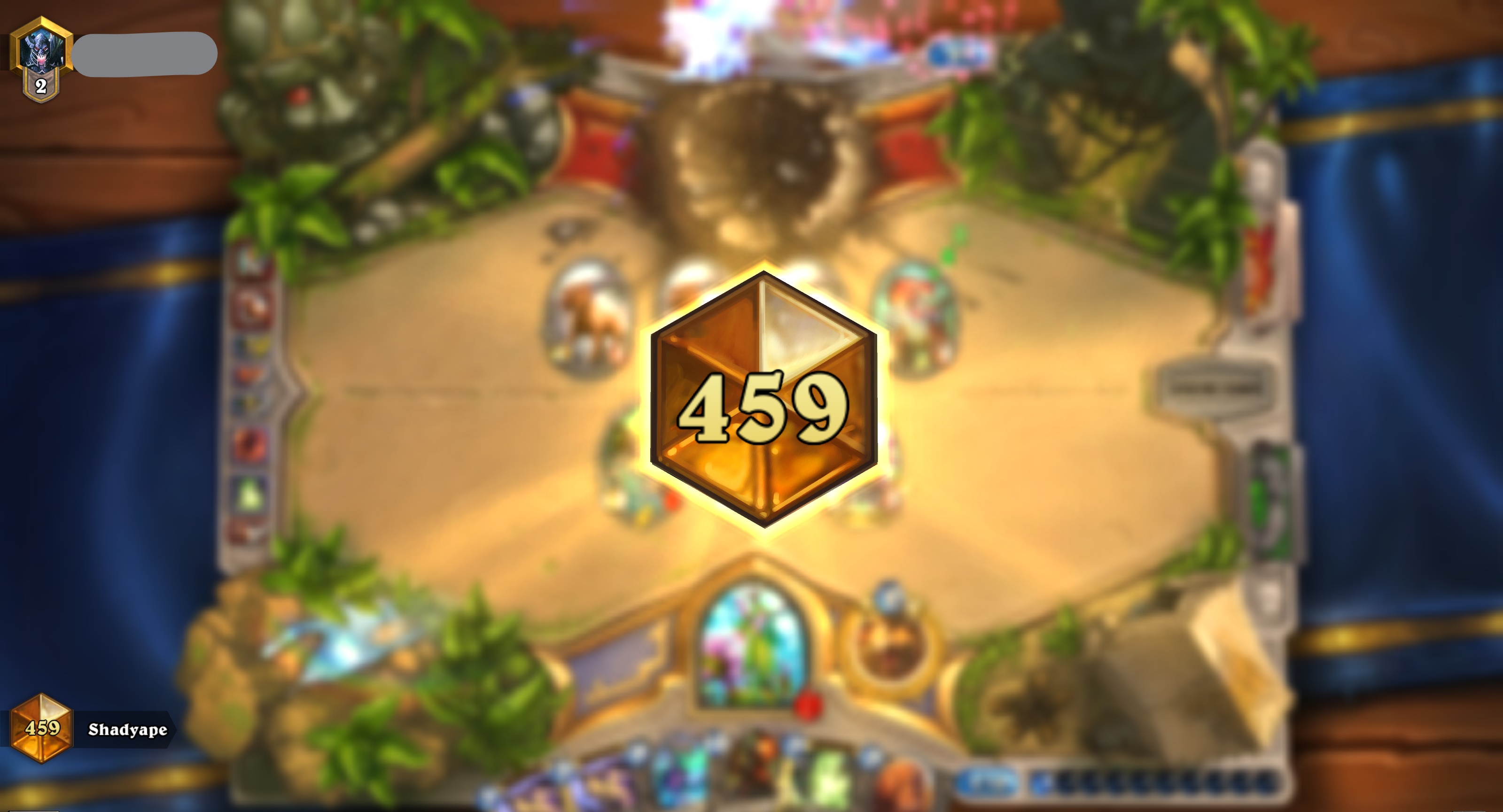 Hello everyone! I just wanted to share the decklist that I used to hit legend this season. Last season I spent my time tweaking and practicing with the deck. This season I'm proud to say that I hit legend before the halfway point by exclusively playing a home brewed deck (I literally played nothing else on ranked, but this deck is so much fun it never got boring).

The most important part about playing this deck is to know you're opponent very well. This is because of how polarized the deck's match-ups are. This guide isn't based on hard data, but I've played more than enough games to know the finer details of every match-up. Here are some of the more important ones to know about.

A very useful trick to figuring out which warrior you're facing is to watch their mulligan. If the leftmost card in their hand is highlighted, its probably pirate warrior.

Pirate Warrior: This match-up is not as bad as you might think. If you have answers for most of their early minions, you probably win. If not, you probably lose. It's as simple as that. Always keep wild growth, innervate, swipe, wrath, and mire keeper/Barnes if you have wild growth or innervate.

Quest Warrior: This one is easy if you play around brawl well. If they don't get a lucky brawl you usually win. In general, mulligan for pirate warrior just to be safe.

You will usually not win this game. The only way you win is if you get something really big out really early (an early alexstrasza will usually win you the game), or they over extend into deathwing.

This one is tough to play correctly. At first I thought it was unfavored, but then I started playing it smarter and it became pretty even. The keys are to try and bait out peacekeepers and tarim. Also, giant anaconda is really good here. You want to try and keep it alive and pressure them with it so they have to use removal on it. Also, you don't want deathwing dragonlord pulling more than two minions due to equality and tarim. Always mulligan for murloc paladin because that deck is a nightmare for druids.

This deck farms burn and freeze mage. Just get a ten drop out there and throw an earthen scales on it. Mulligan for the usual + kodo. Against freeze mage, save the kodo for the doomsayers.

Keep kodo. That's all there is to it.