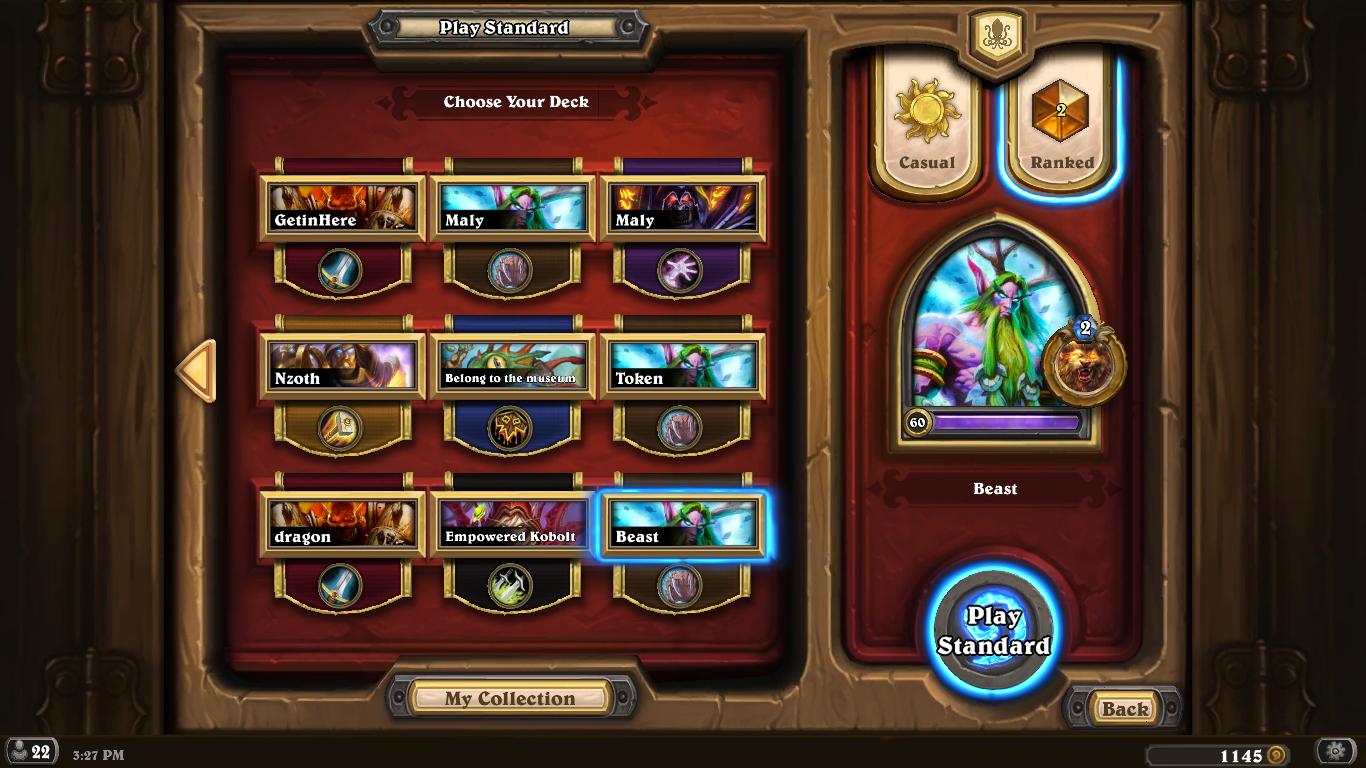 I'm THEORY, an usual legend player on NA sever. This is the decklist that I used to hit rank 2 legend.

It is destroying all the popular malygos druid, control warrior, freezemage and malygos rogue on the ladder atm (>75% win rate), and also have strong match up again the hunter, especially the popular secret hunter(70% win rate). Shaman is used to be a bad matchup, but with the addition of Deathwing, i manage to  have an 60% win rate which is amazing.

Also a general tip is that if you could use innervate early, go for it, don't save the innervate. This deck doesn't have lots of drawing power, so the longer the match, the lesser the impact of innervate on the tempo of the match.

About mulligan plan, generally keep 1 drops, 2 drops and innervate. If you have innervate on hand, you also keep 3 drops, especially the druid of the flame.

However, against shaman, i often mulligan hard for thing that could saved me from totem golem. Innervate early is so important in this match up.

Edit 27/10: I am so happy that so many people having huge success with my deck. I waited for the whole month to see, and I can confirm that this deck work great for the meta for everyone with different skill level. I received a message yesterday  from Skelag:

"Thanks for sharing the deck. I played a lot with it and i hit legend for the first time! :)

Hitting legend for the 1st time with the deck: