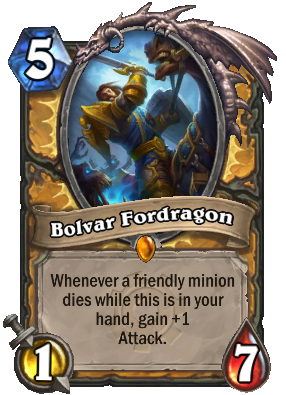 Whenever a friendly minion dies while this is in your hand, gain +1 Attack.

Spoiler alert: Bolvar gets melted and then sits on an ice throne and everyone forgets about him.