Two new cards have been revealed in a Blizzard blog post detailing Ogres. 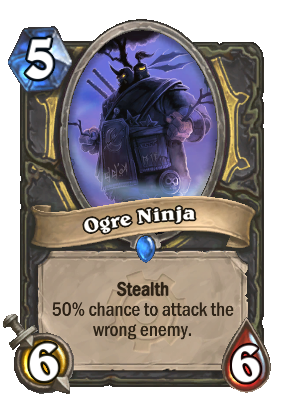 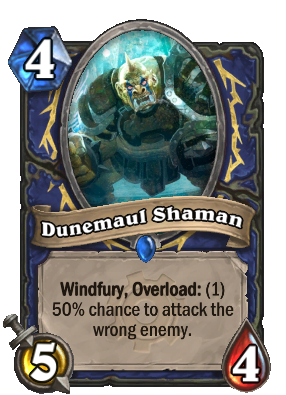 Many Ogres, Handle It

It looks like we'll be seeing more Ogre cards! We may even see a unique ogre related card for each class. The two new cards today bring out total of Ogre chance to hit a different enemy cards up to three. The last one being a Warrior weapon, Ogre Warmaul. Maybe Hunters will get Unleash the Ogres, or Call for Ogres.

In Goblins vs Gnomes, many ogres will have the “50% chance to attack the wrong enemy” card text, reflecting their wild and uncontrollable nature. Like previously mentioned, ogres don’t care about what they hit as long as they hit “something,” so their ability can also potentially bypass Taunt and Stealth if one of their wild swings manages to connect. When you see an Ogre on the battlefield, watch out; something is about to get smashed!

The minimum system requirements for Hearthstone on Android were posted on the Battle.net Support site.

Note: The Asus Transformer Pad TF300T is incompatible with Hearthstone. Devices with PowerVR540/544 GPUs may experience graphical issues. Updating your device to the latest version of your operating system may address these issues. Android 5.0 (Lollipop) and Fire OS 4.5.1 are recommended.

We've got all the currently revealed Goblins vs Gnomes expansion cards available in our card database.

Hearthstone History at the Blizzard Museum

Blizzard's Dave Wilson, one of the guys behind @BlizzardCareers, tweeted a collection of photos last night from a Hearthstone section in the Blizzard Museum. Included was a copy of an email between Starcraft II's Game Director, Dustin Browder and Hearthstone Game Designer, Eric Dodds, which showed how well Hearthstone was being received within the company back in 2012.

A gallery of the pictures can be found below, all courtesy of Dave Wilson. You'll find old concept art, some really old Horde and Alliance card backs, and a giant Banana of doom. 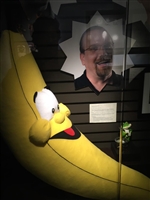 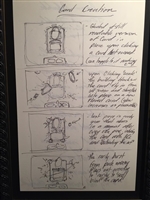 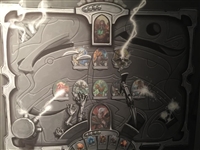 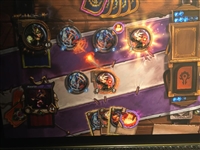 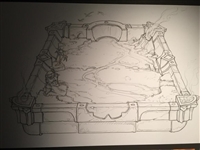 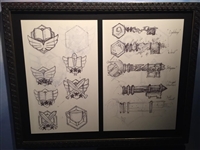