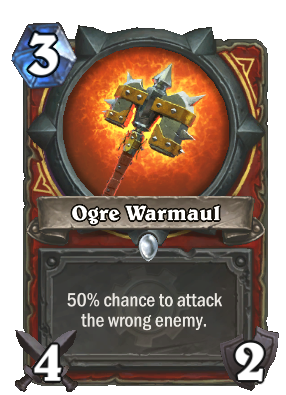 Simple, misguided, and incredibly dangerous. You know, like most things ogre.