A new Warrior card has been revealed by ahqEsports. It was given to them as a secondary reveal since Blizzard's Hearthstone Latin America Facebook page posted their reveal early, ruining it. 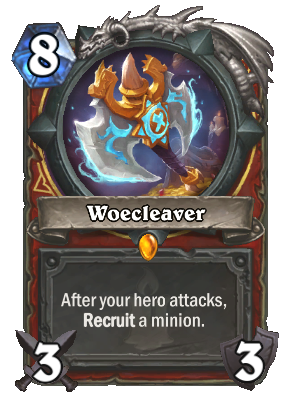