Thank you all for making this deck list to Front page! (^_^)

December - Updated C'thun list to hit Legend for the month of December. Check it out!

November - Want to share another deck I've climbed from rank 5 to 3 with a 71% win rate. Check it out!

Hit Legend from rank 2 using this deck without Harrison. 13-3 record.

Oct. 26 - Lost a game to maly druid and totemic might shaman. Won a few games including this one against a friend. Talk about Antonidas value, I survived 6 fireballs and additional burn spells. Replay here

Oct. 25 - Posting two more replays. Unfortunate lost due to computer crashing while i try to record with new software. Lost turn 5 which was critical which eventually led to lost.
Second replay was against Legend rank 2 player so check that out!
Currently testing -1 acoltye +1 Harrison
- Played another 2 more games. won and currently rank 128

I'm Danny and is a regular Legend player, hitting Legend every season. With the rise and dominance of Mid range Shaman, I wanted to create a deck to counter it instead of joining the dark side.  Shaman doesn't have much counters and even freeze mage is only 5% favored against it. To counter Shaman, you really have to tech in cards against them.  I wanted to create a deck that's good against shaman and still holds a good to fair win rate against other decks. I have played around with other classes but finalize on C'thun warrior with two Tech cards, Revenge and Baron Geddon.  There's another tech card worth considering which is Harrison Jones but I can talk more about it later.

My stats were 18-3 hitting Legend with two losses where one game was due to unlucky draws and another to unlucky Rng.  I believe i should've won those two games, leading to an even higher win rate.  I have replays for all my games so I'll try to post some or all later if there's enough interest.
I entered Legend at rank 381 as shown below. 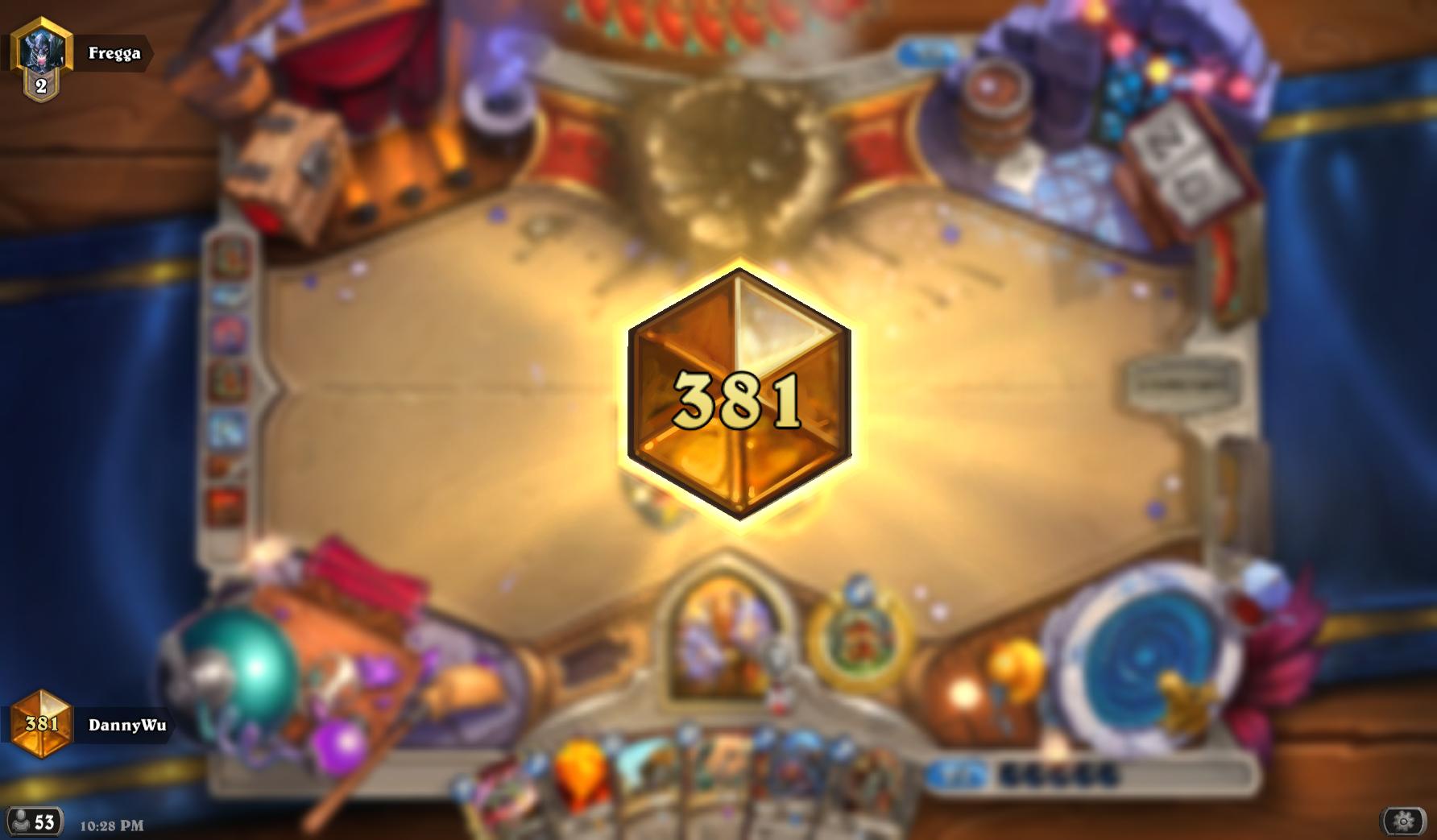 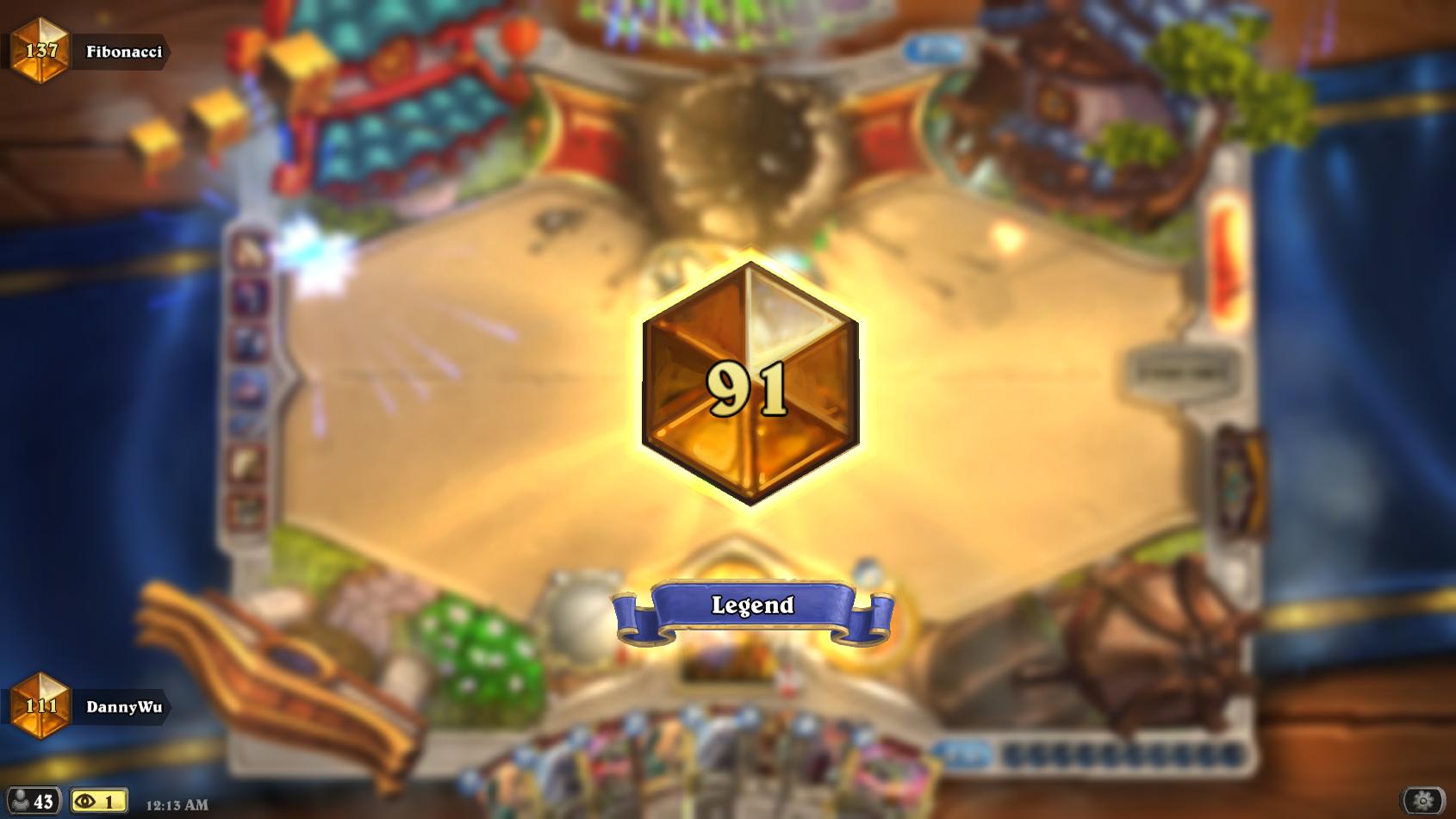 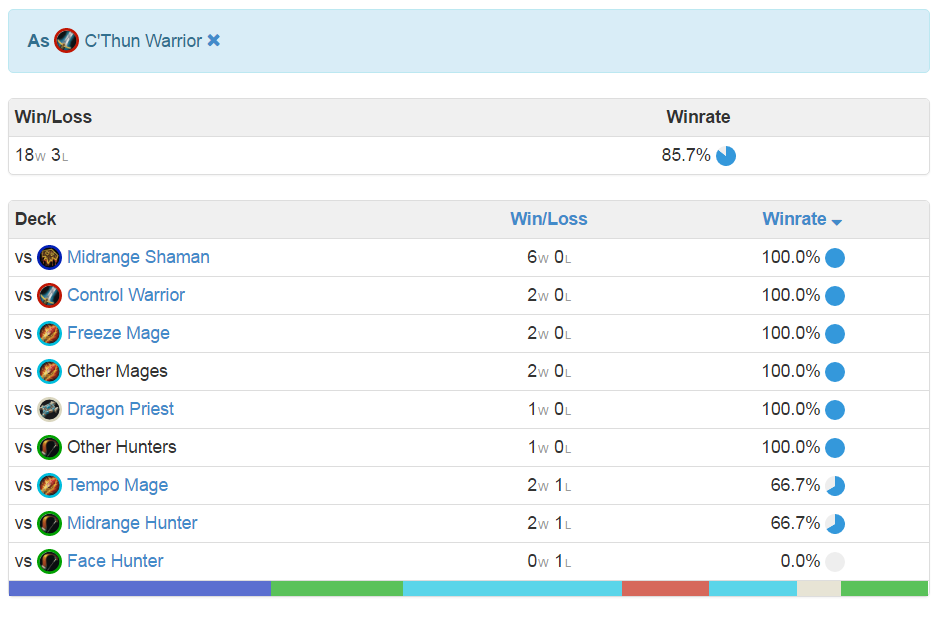 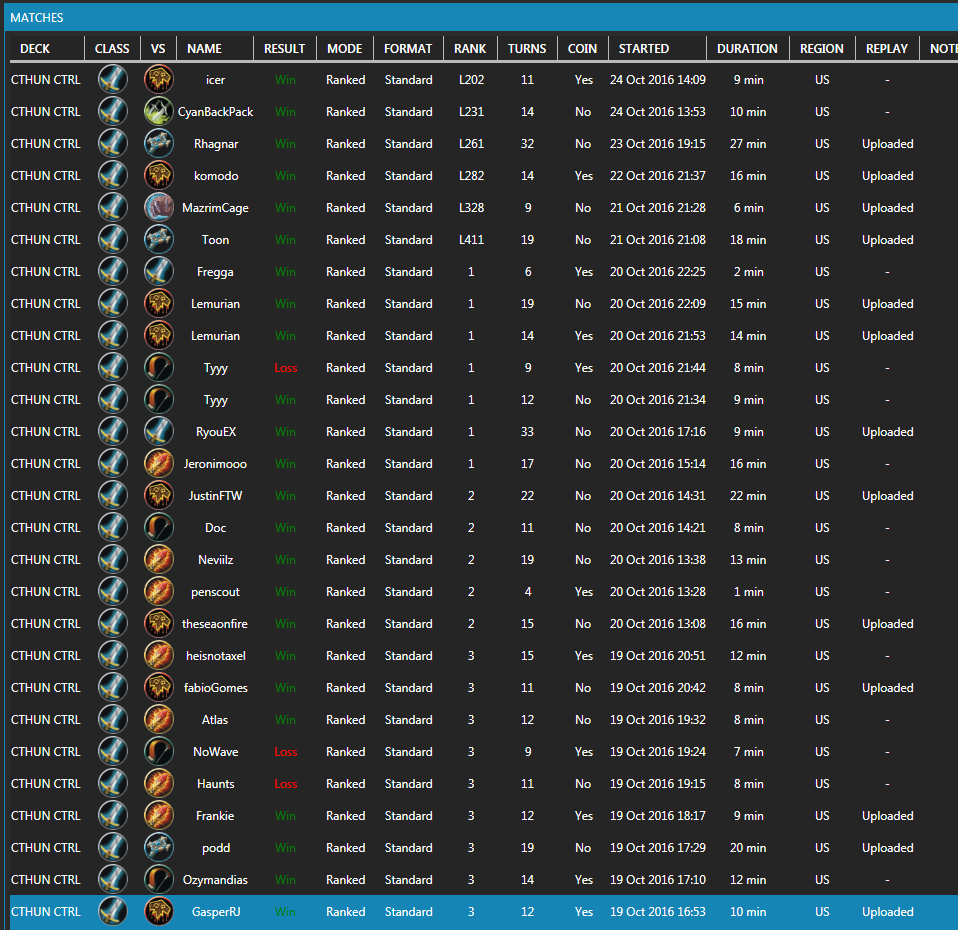 Use and time your board clears carefully as Shamans can refill the board the next turn very easily.  I also used my health as a resource as Shamans don't have the burst they used to.

Shaman -
A) Fiery War Axe
B) Disciple of C'thun, Ravaging Ghoul. Keep 1 without the coin. Both if you have the coin or have War Axe.
C) Keep Slam if you have any of the above cards.
With these cards, you should be able to challenge any early game cards shaman throws at you.

Control early threats from Shaman and prevent them from snowballing. Do not waste premium removals (Shield slam & Exe) on weak minions unless it provides a huge tempo swing. I usually use shield slam & Execute only on thing from belows, fire elementals, or thunderbluffs.  Thing from below and Fire ele can be dealt without premium removals since they have 5 health BUT Thunderbluff is more difficult. I usually save one premium removal in hand for thunderbluff.  Use your AOE and boar clears wisely. Don't use them on 3 or 4 minions/totems that are not causing much threat. If you are not close to dying, taking 4-5 damage from their minions/totems is fine. Bait out their big guys.
The faster(aggressive) they play, the better my odds in winning because they play into the board clears. They are more dangerous when they slow play and into fatigue.

Against aggro - Control their early flood of minions with removal and aoes. They will run out of resources and you win.

Against control-  play the fatigue war, armor up and outlast outlast them. Be conservative with your C'thun against priest/warrior. Usually, don't play it unless you can lethal them or you need to prevent their lethal on board.
Against CW -  Play the fatigue game. don't draw cards. save harrison for gorehowl only. Sometimes i don't even play harrison to minimize the one draw. Play C'thun for final blow (when both players are in fatigue and you're c'thun + their next fatigue damage will kill them).

Midrange Hunter and Control Warrior.
Against Control Warrior, you will need to sub in Harrison for their gorehowl and maybe doomcaller.  This will make the deck weak against other archetypes (shamans) so I don't recommend it unless you are facing a lot of warrior.
Midrange Hunter has always been a bad match up for Control warriors. At least there's only one call of the wild these days.

Substitutions
Revenge or Barron Geddon can be subbed by Harrison Jones

If you have questions/comments, write it below and I'll try to answer them.

With enough likes or +
- I'll create a more thorough discussion about playing the deck and against classes.
- Post more replays
- Discussion about tech cards
- Video game play or discussion

Also, as you noticed, this is not a super unique deck list as C'Thun warrior have been around.

Thanks for stopping by.