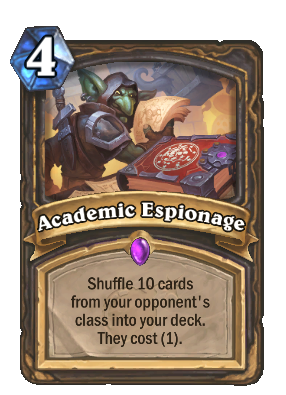 Shuffle 10 cards from your opponent's class into your deck. They cost (1).