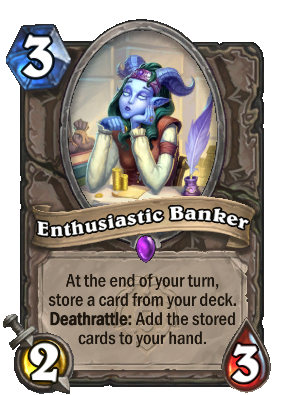 At the end of your turn,
store a card from your deck.
Deathrattle: Add the stored
cards to your hand.