The Curse of Naxxramas will be the first adventure mode released in Hearthstone. It was announced today at PAX East and will contain 30 new cards, a new adventure specific game board, and class challenges. The adventure will release one wing each week, with a total of five wings. The first wing will be free for everyone and the remaining four will be purchasable with either your in-game gold or real money. Get saving!

A gameboard is being added which is specific to the adventure itself. Each corner represents one of the different quarters of Naxxramas! 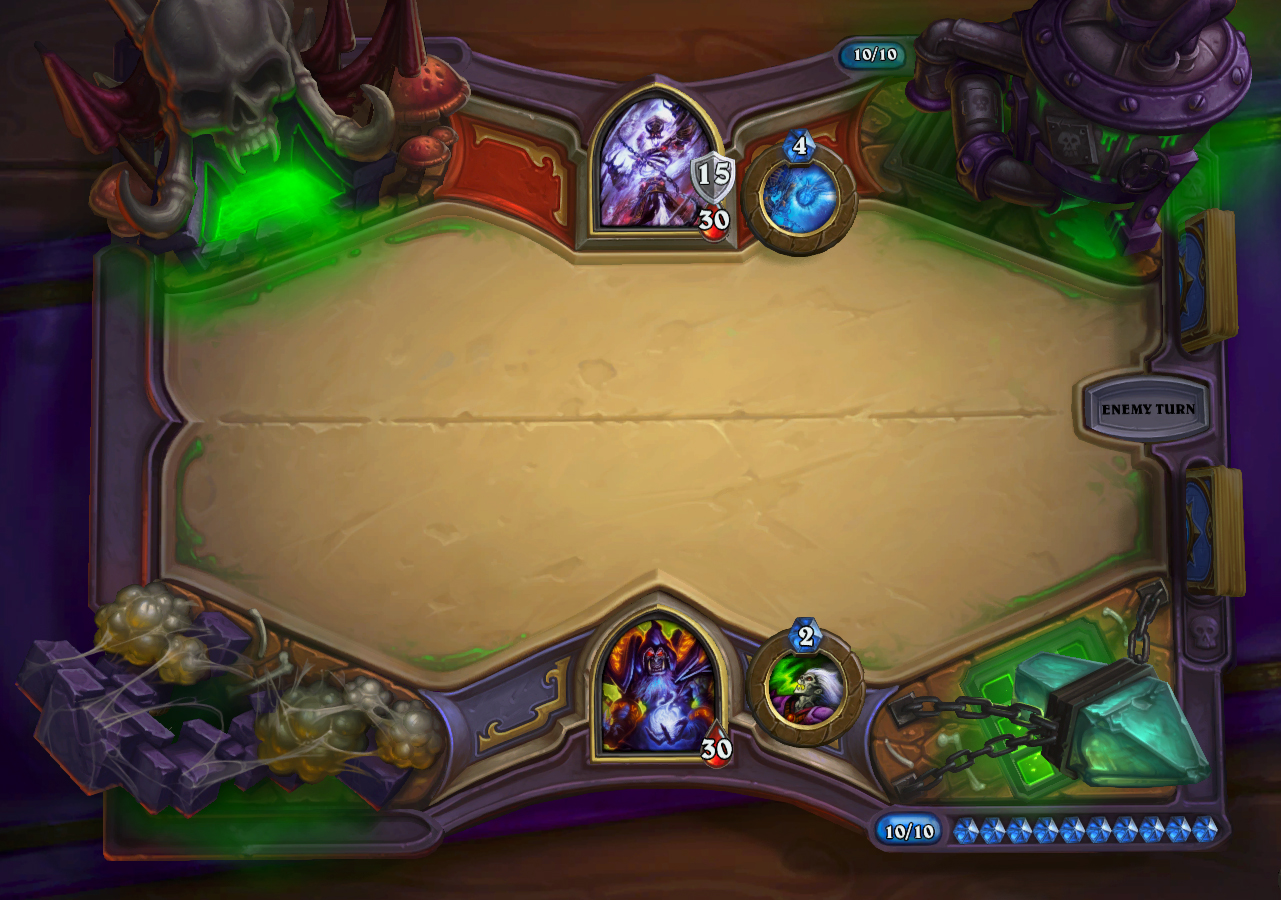 How much gold will it cost to open stuff in Adventure mode? Much more than arena or?
No details on that yet. :)
Just tell me, is it possible to earn for one wing (assuming thats what we open) in one week? I need to know when to start saving.
I don't know - we're still working on the final cost of each wing. - Zeriyah (Source)

Are the wings a one-time buy or each run like arena?
One-time buy. - Ben Brode (Source)

So is adventure mode the only way to get these new cards or can people craft them as well?
The only way! - Ben Brode (Source)

Great adventure theme :) when it will come live? Thanks.
This summer! :) - Ben Brode (Source)

How will the Undertaker card work with cards that grant Deathrattle effects like Soul of the Forest?
It doesn't. You have to play a minion that has Deathrattle, not give Deathrattle to minion that is already in the battlefield. - Ben Brode (Source)

How can you obtain gold versions of those?
We're still discussing the exact details. - Ben Brode (Source)

I have a feeling that some of these cards are extremely questionable....
The only question you should be asking is, omg what deck do I put these in?! - Zeriyah (Source)

Well if all these new cards have deathrattle, maybe we could make a deathrattle-based deck? O.o
Not all of them will have Deathrattle, but it will be a prominent theme. - Zeriyah (Source)

The ancient necropolis Naxxramas, a base of operations for the powerful lich Kel’Thuzad and his plague-bearing undead host, comes to Hearthstone in a single player PvE Adventure that anyone can undertake! Progress through one of the five unique wings of the dungeon and gain new cards for your Hearthstone collection by defeating the iconic bosses that you’ll face along the way – the oversized arachnid Maexxna, the fungal horror Loatheb and the shambling abomination Patchwerk are just a few of the horrors that await your challenge. Each boss has their own unique cards and Hero Powers at their disposal to challenge even the most seasoned of card-slinging adventurers!

Progressing through Curse of Naxxramas and overcoming the challenges that lurk within will reward you with all new Hearthstone cards! Once you earn these cards, you can start playing with them in your decks right away. A total of 30 new cards will be added with Curse of Naxxramas - Check out a few of the shambling creatures of the undead that are justdying to be a part of your collection below!

Peer Into the Plague Quarter

One of the bosses you’ll be pitted against within the Plague Quarter is the devious plague cauldron master Heigan the Unclean! His Eruption spell will put your minion’s dancing skills to the test, and Mindpocalypse will make you think you’ve got the upper hand! Speaking of hands, Heigan definitely never washes his. Gross. 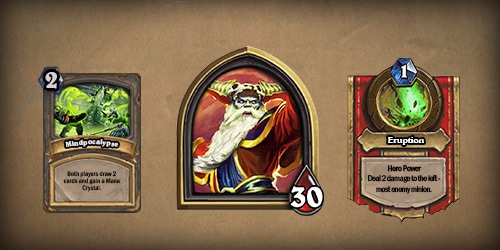 Defeating Heigan will net you a brand new card to add to your collection, and the completion of each wing will reward you with a guaranteed new Legendary card!

All New Game Board!

Curse of Naxxramas will have its own unique game board Hearthstone players battle on while they are in the adventure, complete with brand new interactive corners! What could possibly lurk within that quivering mass of eggs? Do you really want to find out?

On top of all of that, nine unique Class Challenges lie in wait within Curse of Naxxramas. These challenges put a difficult twist on existing encounters within the adventure and will put your Hearthstone skills with a specific class to the test! If you’re able to overcome the Class Challenges that face you, you’ll be rewarded with new class-specific cards to add to your collection.

Curse of Naxxramas will open its gates to challenge Hearthstone players over the course of 5 weeks, opening wing by wing. The first wing of Curse of Naxxramas, The Arachnid Quarter, will be available free for all Hearthstone players. If players wish to venture further into Naxxramas to collect all of the new cards for their collection, each wing besides the Arachnid Quarter can be purchased with in-game gold OR real money. As each wing is released, the cards available in each wing will also show up in your Arena picks, even if you have not earned them for your personal collection yet!

We hope you enjoyed this first look into Curse of Naxxramas, A Hearthstone Adventure. Curse of Naxxramas is planned to release simultaneously for PC, Mac and iPad. A release date will be announced at a later time.

It was announced that there would be a full iPad release in 1-2 weeks. Yay!