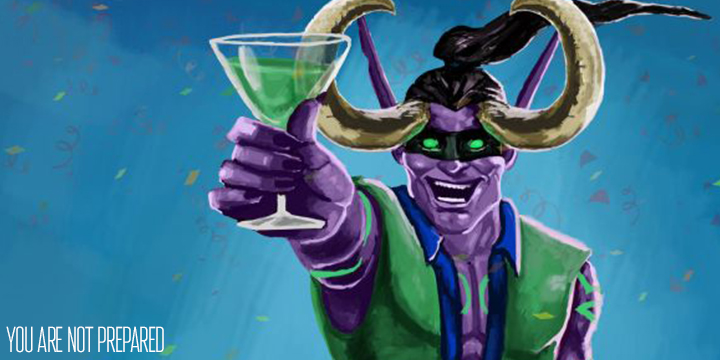 Behold, the Stormrages are finally together.

Illidan Stormrage is a great pick if you want to make your token druid more fun to play. And he's working pretty well. There are lots of variations of token druid, but I believe that mine is really fun and interactive (as it should be).

The idea of brothers reconciliation came to me in the middle of July season. The focus of using Illidan is an additional pressure, awesome finishing, the art is AWESOME, etc. You can use him as a taunt, which is actually not a taunt. And you cant just ignore it, as you can do with Doomsayer. Stormrage is not a dead card, and using it in druid (this build) is pretty cool and unusual. But it gives you a chance to stun your opponent and crush him.

I won't say that Token Druid is MINE (Creepy laugh). I just made it more esport!

A solid 62 percent win rate and rank 6 in a couple of hours (started from 13 today) tells it all. You have to give a chance! Thanks to Fur0 we have a Gameplay video: A new awesome deck for you lads! Awesome build of a tempo/midrange mage, just click it, extremly hot and competitive; http://www.hearthpwn.com/decks/606580-onik-greetings-from-firelands-midrange-mage