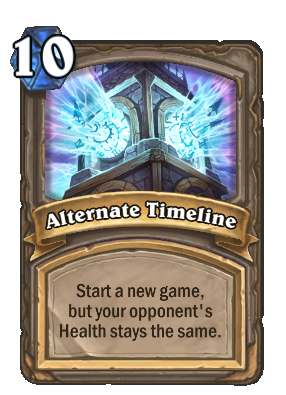 Start a new game,
but your opponent's Health stays the same.