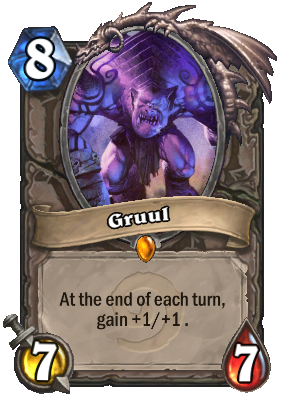 He's Gruul "the Dragonkiller". He just wanted to cuddle them… he never meant to…