Top 5 Duels Moments of the Week

Welcome back to another Top 5 Duels Moments of the Week! Because of how crazy Duels can be with all of its treasures, people experience a lot of crazy once-in-a-lifetime moments. Here, ANYONE can share some of their favorite experiences from their Duels games. 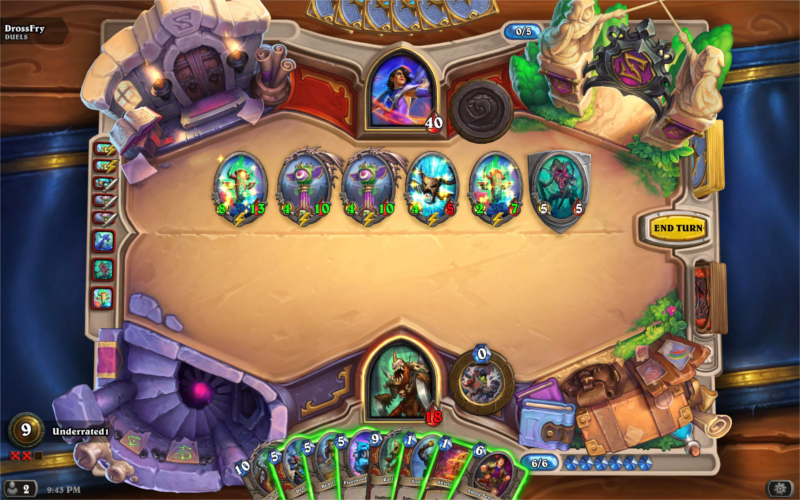 Disks of Legend is usually best with legendary powerhouses. But if you can just get a Grand Totem Eys'or to stick, even Hearthpwn user EulersApprentice will have trouble dealing with it. 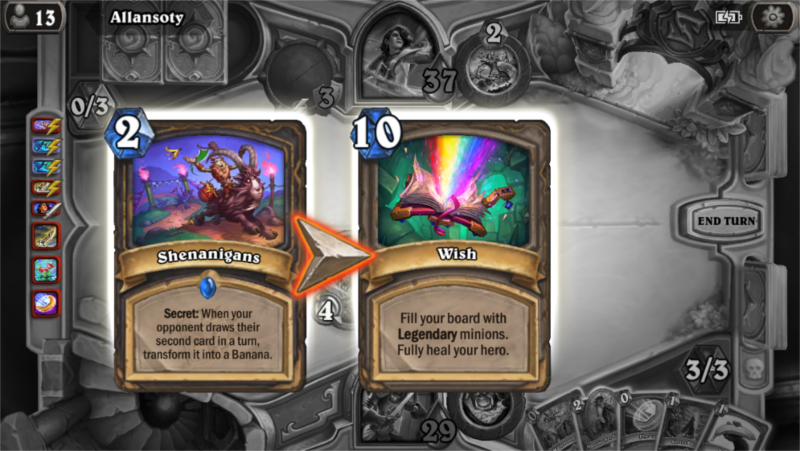 Super Rare Fully Heal Board Filler? Nah, how about a random Rogue Secret created by Mysterious Tome instead? There’s no better way to flex your RNG than to sabotage the opponent’s best card with something you happened to get that you didn’t need or ask for!

3: None are Utterly Nuttier than Cutterbutter 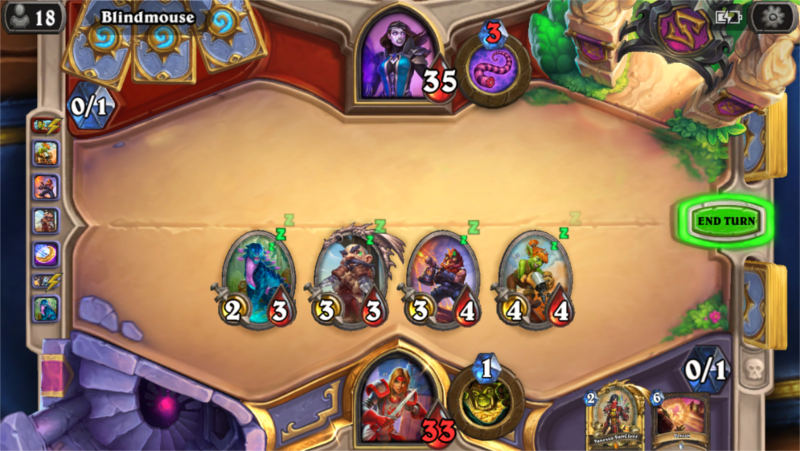 Let’s just play a Battlecry minion to get a card from Rally the Troops. What? It’s Scabbs Cutterbutter? This turn 1 just got interesting!

2: All the Awakening Eggs You Have 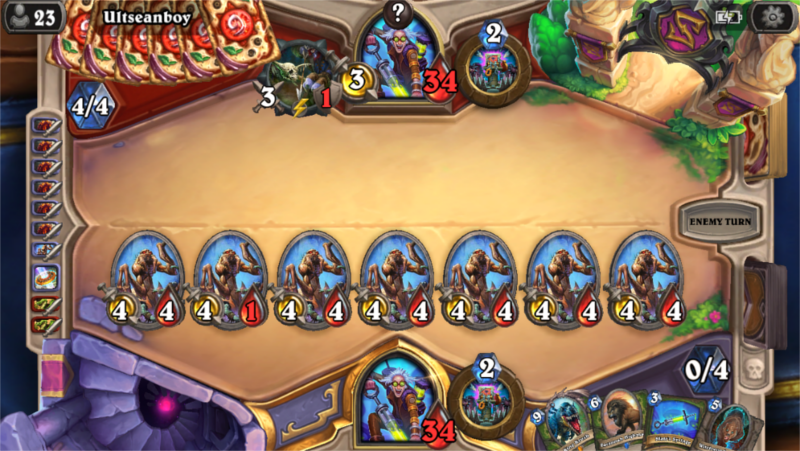 Usually, giving a Nerubian Egg Rush with Rocket Backpacks won’t help much. But since it keeps Rush, filling your board with them via Ancient Reflections will let you trade a bunch of 1/1s to get more 4/4s than Death Games ever could! 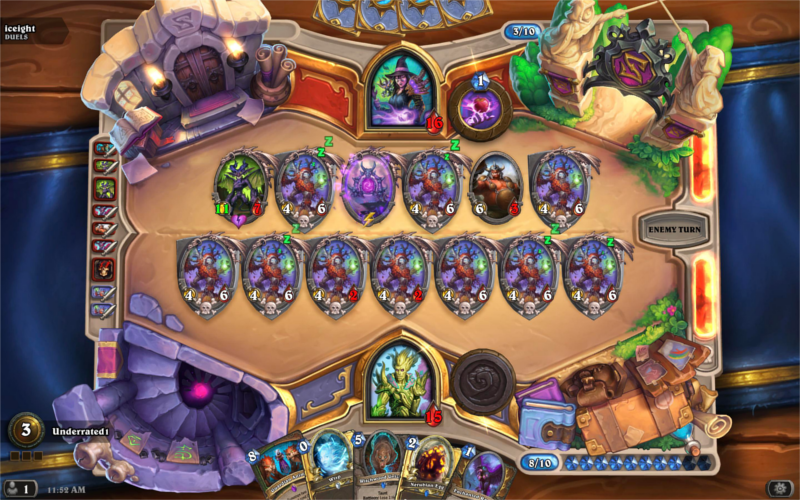 When Hearthpwn user EulersApprentice loses one Greybough, Totem of the Dead will have 2 more take its place. Several annoying loops of dying then reviving 4/6 Taunts later, and you get an unbreakable wall that makes Hadronox look like a Spectral Spider. The opponent wants a piece of the action too, and snags copies through Eerie Stone. Now it’s a battle of sheer patience as they endlessly cycle through their infinite armies of legendary trees.

Thank you EulersApprentice for your submissions!

If you’re a fan of Duels, or even if you just play it casually, feel free to take a screenshot of your amazing moment and send it to us. We plan to share the best ones every week, so don’t be afraid to share if you have something unique you’ve experienced.

Submit your entry by clicking the link below. In the message, include a link to your uploaded screenshot(s) as well as a brief description of the situation so that it can be accurately explained in the article.

You can use Imgur.com to upload your screenshot, and you don't even have to have an account to do it. Once you go to Imgur.com, and click on "New Post" in the top left corner. From there, select the file you want to submit. Once the upload is finished, there will be a button that says "Copy link" in the top right of the image. Then you just need to paste it in the message you send as your submission.

Thank you and good luck in all your future Duels!