In this article, we'll try to show you some interesting details, stories, and facts from the Scholomance Academy card arts. If you like this type of content, jump right in!

We'll post only 2 example images to each category of this article, you can find more of them on the bottom of each section.

- In this section, we'll point out some interesting stories about cards and their appearances as a result of a specific event. 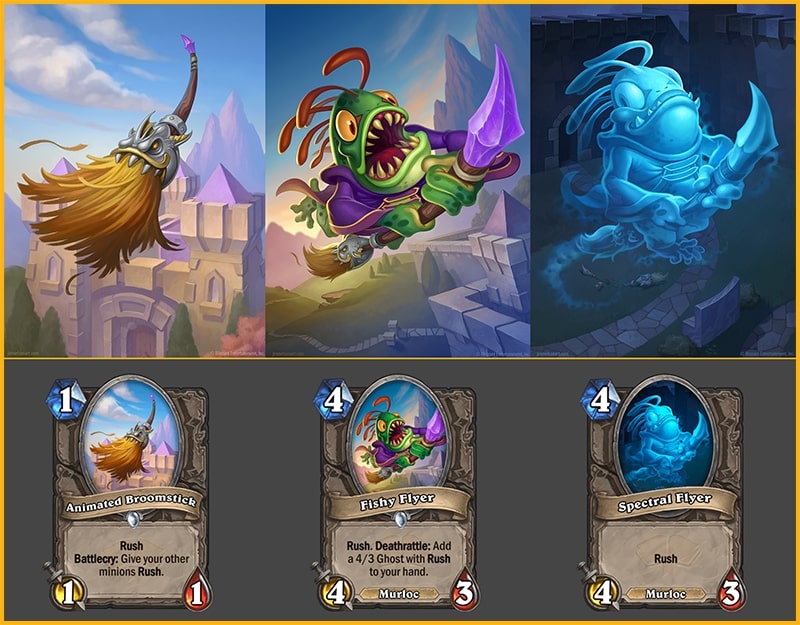 What's the story for this image you might be asking, well, if you look at the first part - Animated Broomstick, you can clearly see that the broom is flying in front of the Scholomance Academy, It looks like It's powered by a magic source. The second part is all about the Murloc trying to desperately hold the Animated Broomstick, which apparently kidnapped him (look at that poor little guy)! The third part is just the unsuccessful landing where the Fishy Flyer dies and his spirit comes out as a ghost that will do some extra damage, at least he looks happy now. :-) 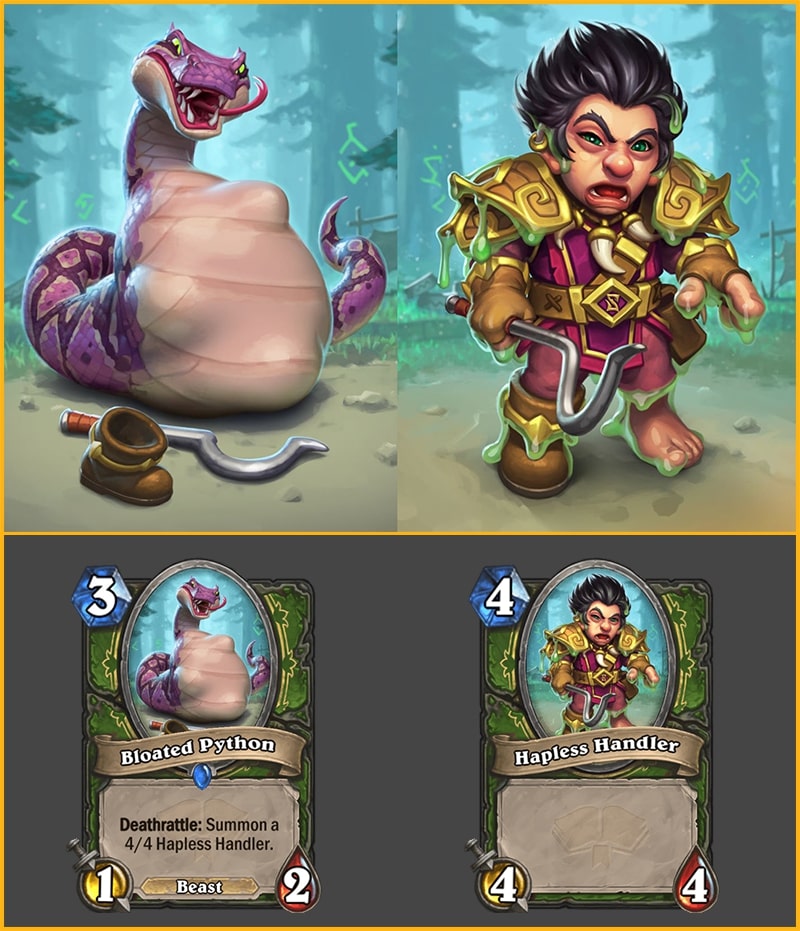 This one is quick, as you can see the Bloated Python ate up this poor little guy, who was trying to catch some snakes (that's a snake tool which he's holding in his hand). It looks like this snake was a little too big for him and he got stuck in his stomach until someone killed this snake and set him free.

You can see more "Stories" if you click HERE.

Card in the Card

- In this section, we'll show you (hopefully) every single card that's containing some other cards, tokens, or something else in its card art.
- The top-right card is always the main card in which you can see the secondary cards. 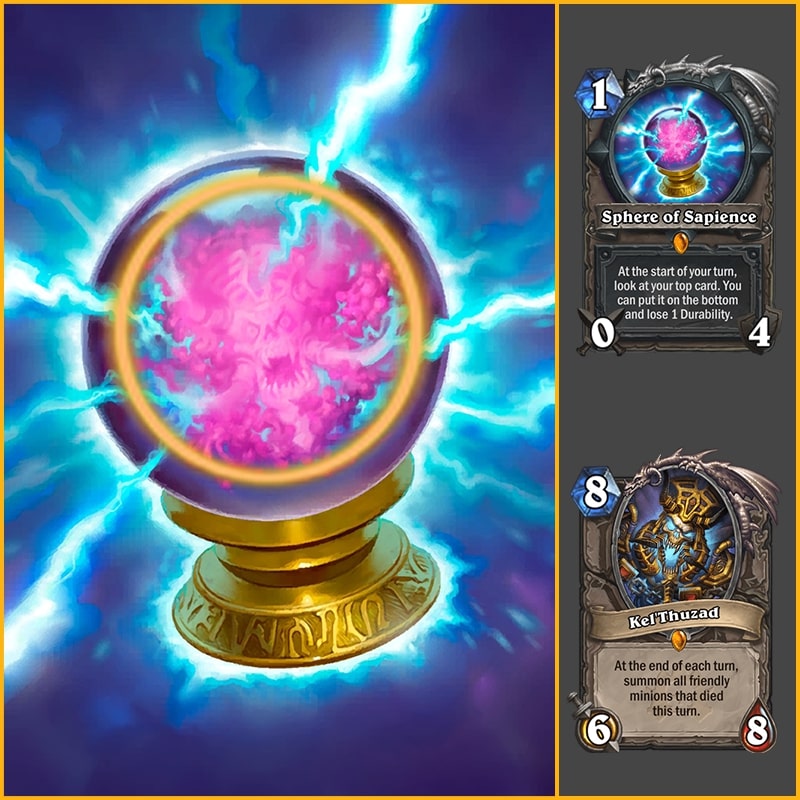 As you can see, there's something in the middle of the sphere, that's right, It's Kel'Thuzad! 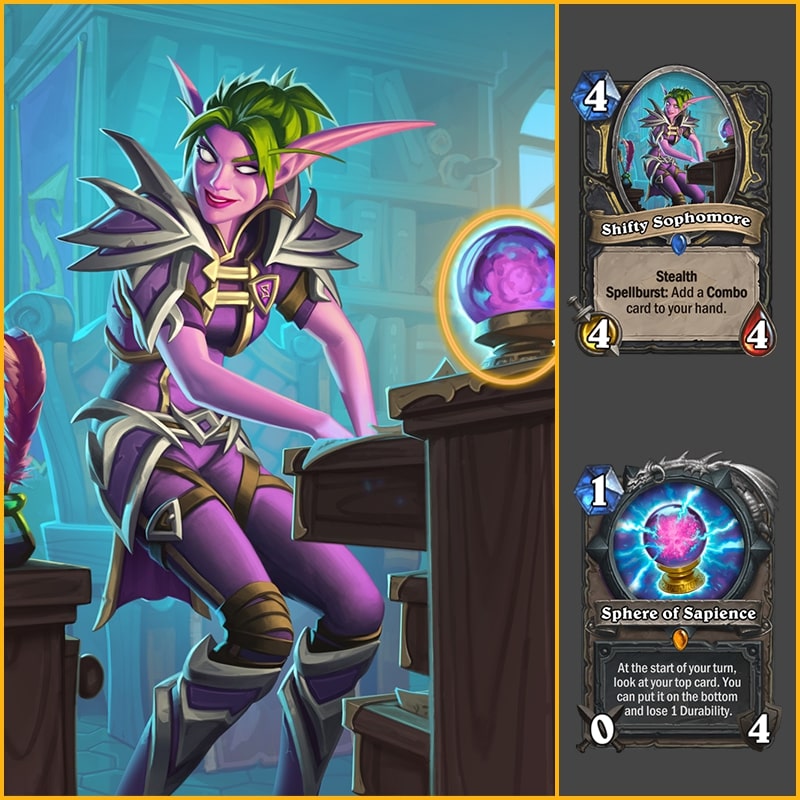 That's something I didn't know about... There's a Sphere of Sapience in the Shifty Sophomore card art!

You can see more "Card in the Card" images if you click HERE.

- In this section, we'll show you some small details which you can see in some card arts. 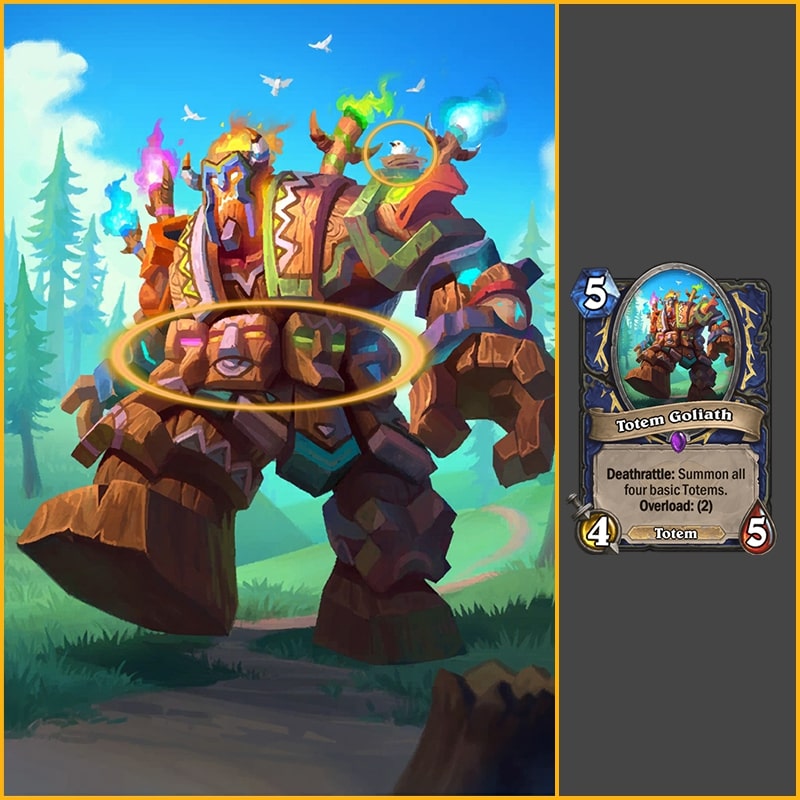 There are 2 interesting parts of this piece. The first one is the white bird enjoying his time in a nest - that's a reference to an Overwatch hero Bastion and one of his skins - Overgrown for example. The second one is the masks on this goliath's belt, they each represent a basic totem in the basic set (Pink Mask = Searing Totem, Orange Mask = Healing Totem, Green Mask = Stoneclaw Totem, Blue Mask = Wrath of Air Totem). 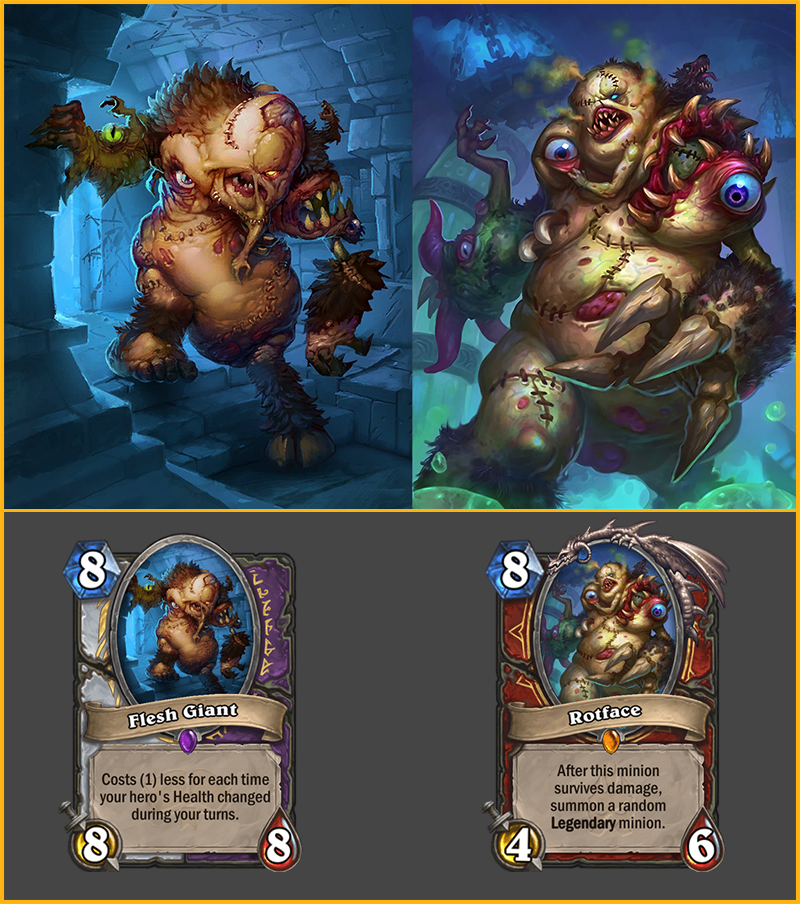 Here is a comparison between Flesh Giant and Rotface, they both look kinda similar but Rotface looks a little bit more "alive".

You can see more images with "Interesting Details" if you click HERE.

Shoutout to the GoliathTheDwarf, who helped me with some images and their appearances in WoW.

Editor Notes: I know this type of content is not for everyone, but if you like it, please let me know in the comment section, and I might do more similar posts with some older expansions.