It's a new chapter in the Book of Mercenaries, with Tamsin Roame, the Warlock. This next chapter is now LIVE! The reward for completing the chapter is 1 pack containing only Warlock cards from Standard. 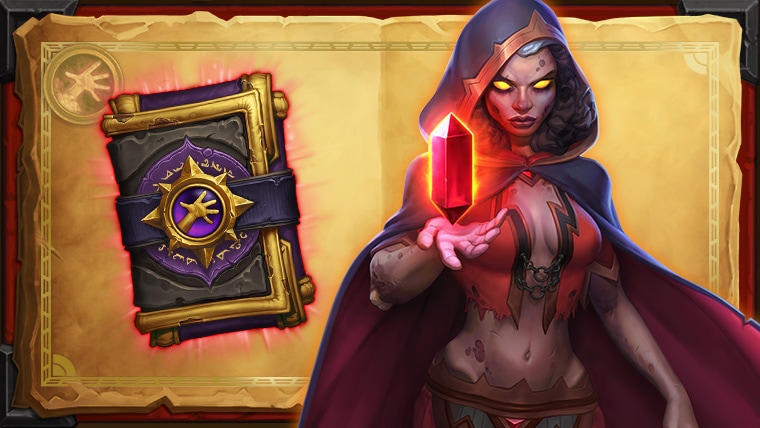 After escaping a vengeful demon hunter in the Barrens, the warlock Tamsin Roame has vengeance on her mind as well. Her bloodthirsty mission will take her to the Alliance's seat of power, the city of Stormwind, Tamsin's home when she was mortal. There she will attempt to unleash the demon Anetheron upon the city. But when Tamsin comes face to face with her own father, will she or anyone in the city survive? Find out when Book of Mercenaries Tamsin launches September 7th. Defeating all 8 bosses in this linear adventure will reward 1 Warlock pack, containing only Warlock cards from Standard!