This is the Hearthstone Battlegrounds Hero Tier list, with all information powered by stats gathered with our Innkeeper app.

This list will be updated every few weeks, so bookmark and check back if you want the latest information. The current numbers are based on data from Patch 16.2 until today, 2/12/20.  We expect a slight shift with the nerf to Floating Watcher going live 2/13/20.  Once we have gathered sufficient data we will update the list again.

By popular demand we limited the data to only from players at or above 5000 rating in Battlegrounds. This does mean that the sample size is smaller, of course.

The highest Win Percentage Heroes, 13% Win Rate and above. 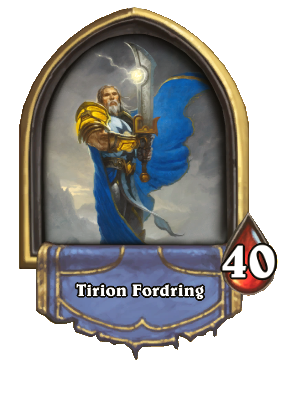 Tirion Fordring's Hero Power reads "Give your Minions with no minion type +1/+1". As you might expect, giving a board full of minions a bump to their base stat line each turn is extremely powerful. Another perk is that many of the "no minion type" cards are not highly sought after, allowing you to pick them up easier. 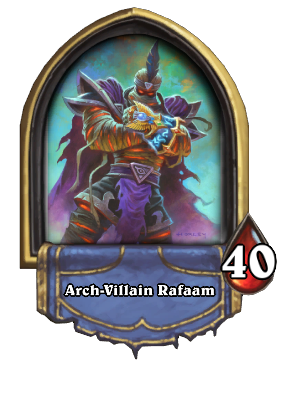 Rafaam's Hero Power reads "Next combat, add a plain copy of the first minion you kill to your hand". A powerful Hero power that will give you an almost guaranteed free minion. Even if it's not a useful minion you at least get 1 gold for selling it. There's a lot of potential however for much, much more. 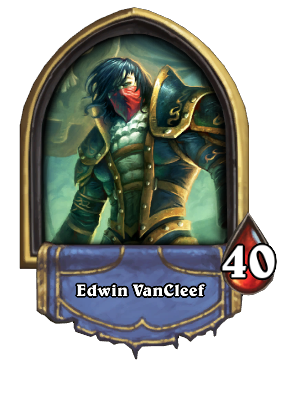 VanCleef's Hero Power reads "Give a minion +1/+1 for each minion you've bought this turn." This means you can use your Hero Power to apply a targeted buff for just 1 Gold Coin. Decision making about maximizing your purchases while still getting quality minions is what makes or breaks this Hero. 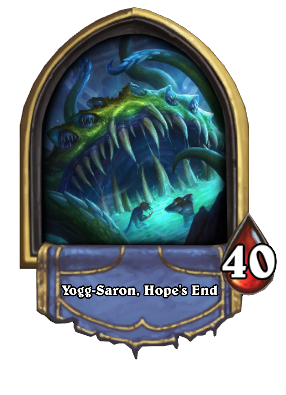 Yogg-Saron's Hero Power reads "Hire a random minion in Bob's Tavern and give it +1/+1." This makes for some definite randomness in the game, but if you can put the minions you get to use, it is a powerful Hero. Praise Yogg! 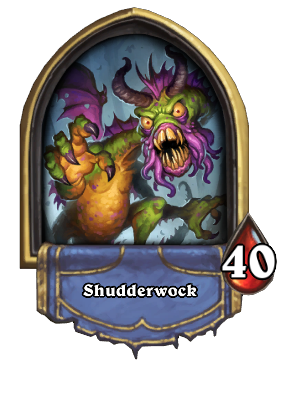 Shudderwock's Hero Power reads "Your next Battlecry this turn triggers twice" It allows you to double up on powerful Battlecries. This can come in a variety of ways, from buffs on various minions to increasing your Pogo-Hopper.

Highly successful Heroes with a Win Percentage between 13% and 9% 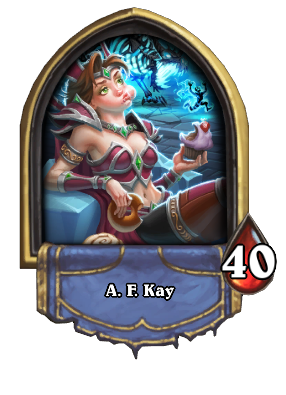 A.F. Kay's Hero Power is special. It reads "Skip your first 2 turns. Start with 2 minions from Tavern Tier 3." You are guaranteed to lose the first 2 turns, with nothing to show for it, but you then make up for it with the 2 minions you get for free. These are typically far more powerful minions than your opponent has at this point, more than making up for the 2 lost turns. 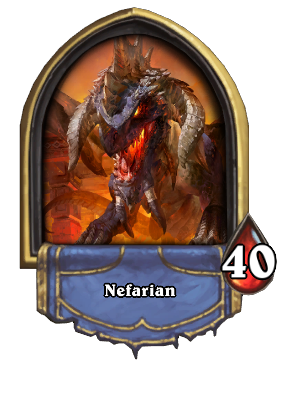 Nefarian:'s Hero Power reads "At the start of next combat, deal 1 damage to all enemy minions." Nefarian is the natural counter to Divine Shield abundance in Battlegrounds as he removes them just as the combat phase starts. 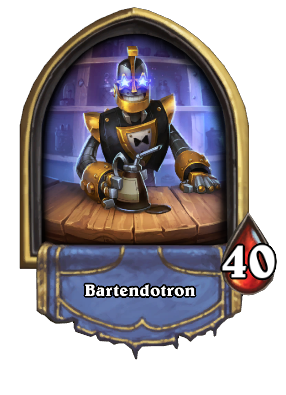 Bartendo's Hero Power reads "Reduce the Cost of Tavern tiers by (1)." With the tiers a full gold cheaper, it makes leveling up faster than your opponents very easy. Getting more powerful minions on board early on can lead to some snowballing wins. 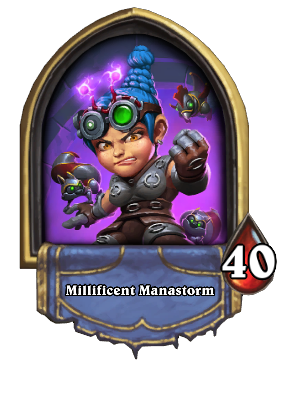 Millificent's Hero Power reads "Mechs in Bob's Tavern have +1 Attack." Her re-worked Hero Power is less strong than it used to be, but when you use her in a Mech strategy she is still a force. 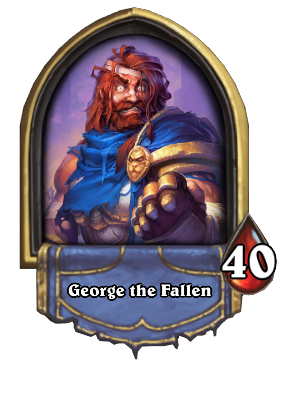 George the Fallen's Hero Power reads "Give a friendly minion Divine Shield". This would probably be the runaway best Hero Power if it were not for it's 4 gold cost. As it stands it still is a powerful Hero Power if you use it on worthwhile minions, especially those that are impossible to give Divine Shield otherwise. 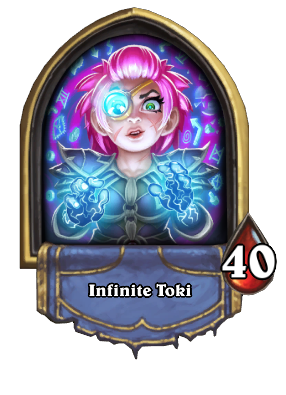 Toki's Hero Power reads "Refresh Bob's Tavern. Add a minion from a higher Tavern Tier." With the moved back down to 1, we once again are seeing that Toki can be a powerful contender in the Battlegrounds. 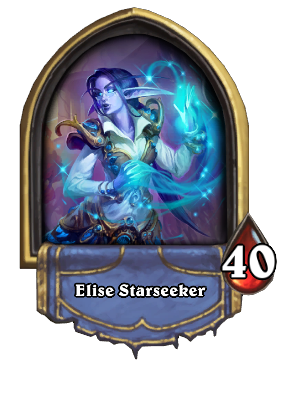 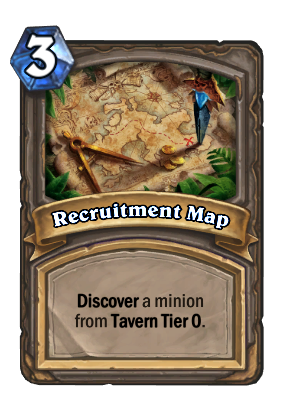 Elise Starseeker's passive Hero Power reads "When you upgrade Bob's Tavern get a "Recruitment Map"." This recruitment lets you Discover a minion of the Tier you just upgraded to, but it costs 3 gold to use. This means you are at the mercy of RNG to give you a minion you can use, but you are guaranteed 3 minions from that tier to choose from which may not be the case on normal Tavern refresh. 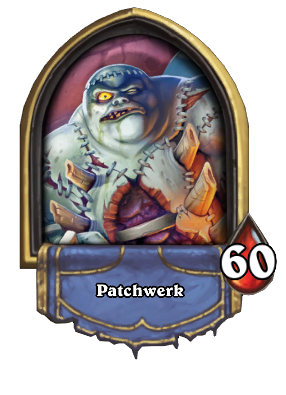 Patchwerk's passive Hero Power reads "Start with 50 health instead of 40." This can be a powerful Hero Power when the extra health is used as a resource to survive bad streaks or to outlast opponents. 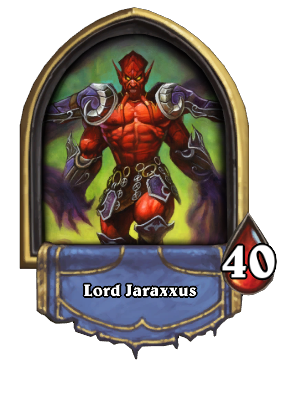 Lord Jaraxxus' Hero Power is one that works extremely well with the Demon tribe. It costs 2 gold to use and reads "Give your Demons +1/+1". This means that you can use this Hero Power to buff your demons, turn after turn, assuming you are building around Demons and have the gold to spare each turn. 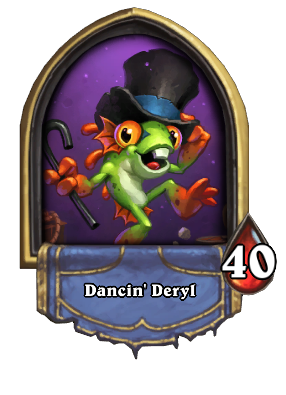 Dancin Deryl's Hero Power reads "After you sell a minion, randomly give two minions in Bob's Tavern +1/+1." The randomness of this Hero Power makes it tricky to use, and the further you get into late game the harder it gets to reliably hit the minion you would want. It's still a powerful effect when you are able to make use of it however. 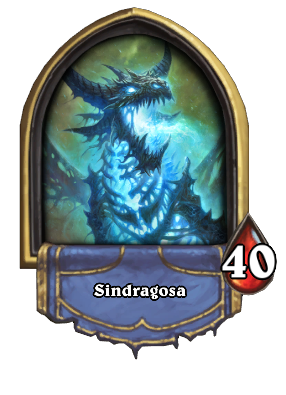 Sindragosa's Hero Power reads "At the end of your turn, Frozen minions get +1/+1." The mechanic refers to the act of freezing Minions in Bob's Tavern until your next turn, typically done when you have an available minion you want to purchase, but no gold left to do it. 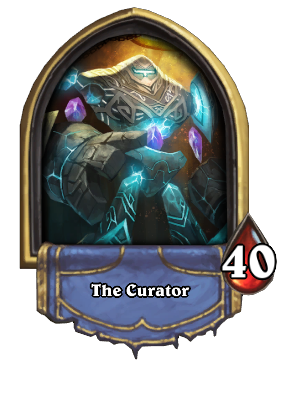 The Curator's passive Hero Power reads "Start the game with a 1/1 Amalgam that has all minion types." Having a free 1/1 Amalgam can be a powerful thing when used with buffs and it fits any type of build you want to take your board. 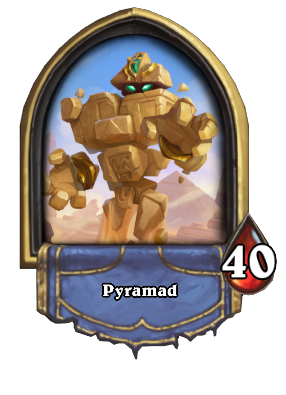 Pyramad's Hero Power reads "Give a random friendly Minion +3 health". While this seems like it could be good at first glance, the fact that it's random doesn't really stand up compared to some of the other more powerful Hero Powers. 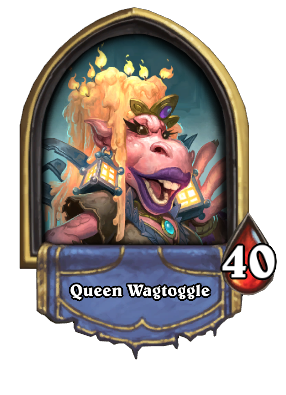 Queen Wagtoggle's Hero Power reads "Give a random friendly Mech, Demon, Murloc and Beast +2 Attack." It is a cheap way to get more health on your minions, but it works better if you run a variety of minions or, more usually, some Nightmare Amalgams. 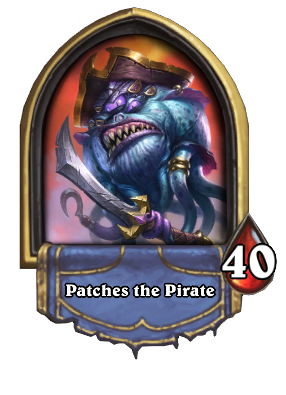 Patches' Hero Power reads "At the start of next combat, deal 4 damage to two random enemy minions." It is basically the same idea as Ragnaros' Hero Power but cheaper and less prone to sniping important minions. 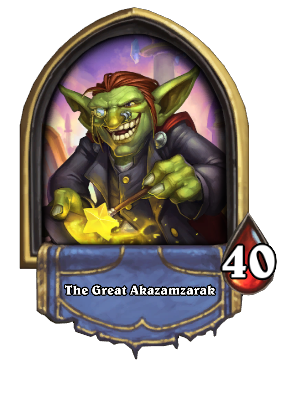 Akazamzarak's Hero Power reads "Discover a Secret. Put it into the battlefield" His secrets are very impactful and can make a significant difference in how your turn plays out. They also last between turns, adding to their value. Use this search filter to see which Secrets are available. There's something for every archetype!

The Heroes between good and bad, with a Win Percentage between 8.9% and 6% 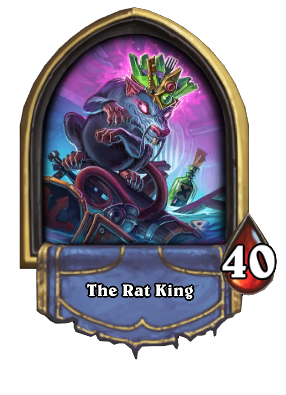 The Rat King's other Hero Powers: King of Mechs, King of Murlocs, King of Demons

All the Hero Powers of the Rat King work the same way. You just swap tribe every new turn. They read "Whenever you buy a *Beast/Murloc/Mech/Demon* give it +1/+1. Swaps type every turn.". They make for a powerful buff if you can make use of it at the time the correct type buff is active. 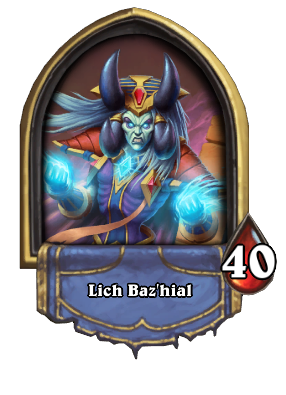 Lich Baz'hial's Hero Power reads "Take 2 damage and add a Gold Coin to your hand." A tricky Hero Power where 1 misplay can lead to disaster, but which is a powerful boon when used right. 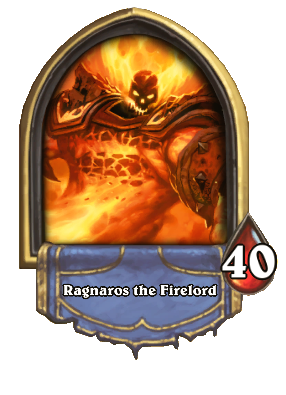 Ragnaros' Hero Power reads "At the start of next combat, deal 8 damage to two random enemy minions." For 2 gold cost this Hero Power is a random way to pop Divine Shields or snipe important minions hidden behind taunt. RNG needs to be at your side however.

The Heroes in the rear, with a Win Percentage lower than 6% 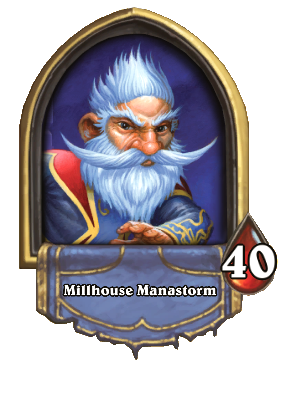 Millhouse Manastorm's Hero Power reads "Minions cost 2 Gold. Refresh costs 2 Gold. Start with 2 Gold". While minions costing a full gold less seems like it could be very powerful, the downside of refreshing being more expensive makes it hard for Millhouse to thrive. 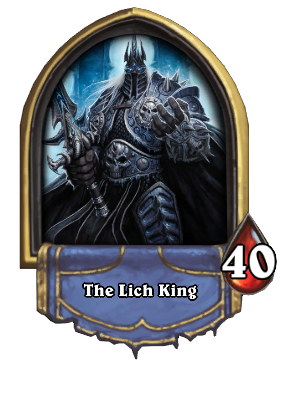 The Lich King's Hero Power reads "At the start of next combat, give your right most minion Reborn." It can be used in multiple creative ways: use it to get a Deathrattle to trigger twice, use it to protect an important minion from an untimely death. The down side is that the minions come back without buffs. 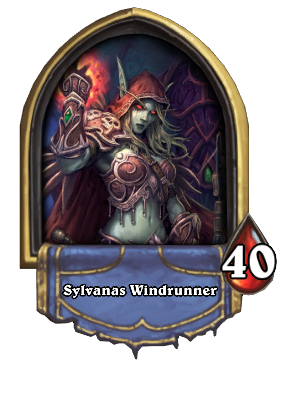 Sylvanas's Hero Power reads "Remove a friendly minion. Give adjacent minions +1/+1.". This Hero Power has a hidden cost where you lose out on the 1 Gold Coin you would have gotten for selling the minion. On the flipside, the Hero Power does not actually cost any Gold Coins to use to compensate. A beneficial power when used consistently.