The fifth Hearthstone Masters Tour event will take place this weekend! More than 400 players from over 40 countries will battle to earn a share of the $250,000 (USD) prize pool. This is the second event of the new season, with players competing to earn points toward the Masters Fall Championship which will be held later this year. Since this is the first tournament after the expansion release, the cards from Murder at Castle Nathria will be playable throughout the tournament.

This year's eSports season consists of many changes from previous years, including being the final year for Grandmasters. A full list of changes can be found in a previous eSports article.

Viewers can earn up to two Murder at Castle Nathria cards packs for watching. After watching 2 hours you'll receive your first pack -- watch an additional 2 hours for the second. Time is cumulative, so you don't have to watch all at once. Be sure to link your YouTube and Battle.net accounts to receive your prizes -- directions can be found here.

Each match will be played with a 4-deck, best-of-five Conquest Format with a ban.

There will be 1 Masters Tour events remaining after Murder at Castle Nathria. Below is a breakdown of how to qualify. 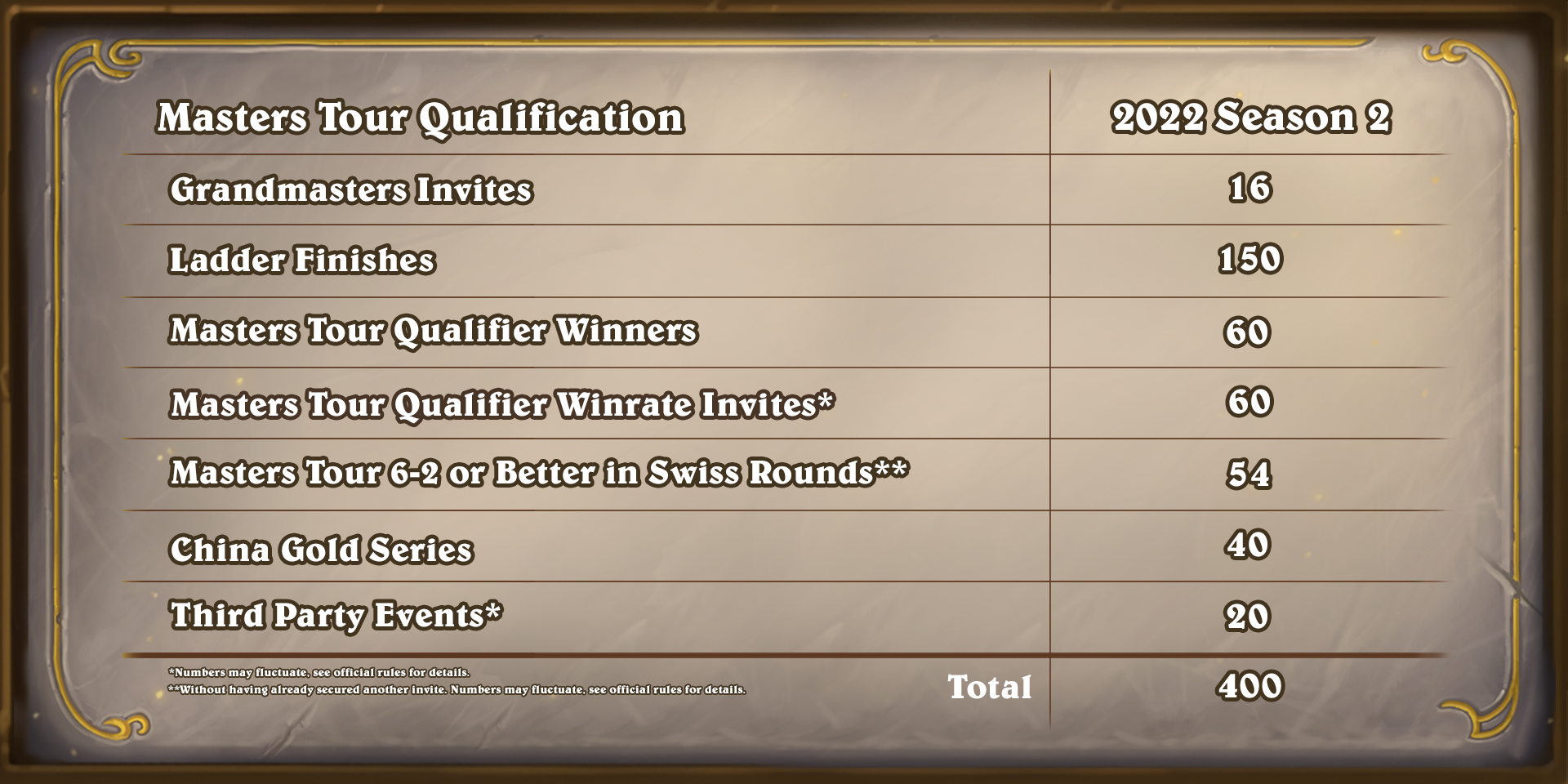