This week's brawl is Send in the Murlocs!

Murlocs have taken over the tavern! Choose a class and get a deck of random class spells and a whole mess of murlocs!

A Standard Card Pack for winning the Brawl once. 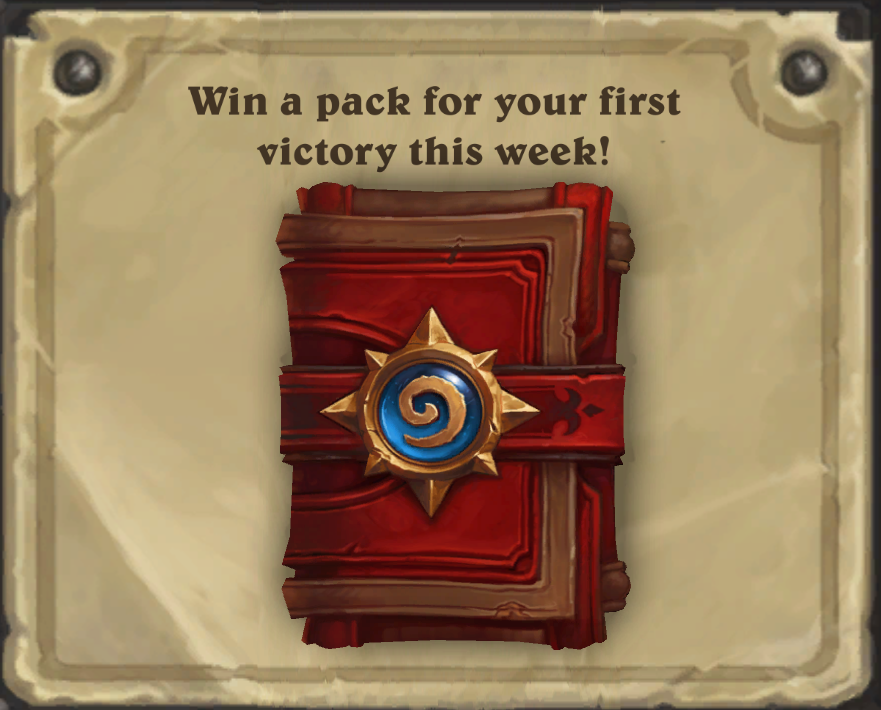