This week's Tavern Brawl will be ending soon and then will go on a short cooldown before the next Brawl starts. Check out the table below to see when Tavern Brawl #2 ends in your region, and make sure you stay tuned for news on next week's Brawl!

If you're looking for some decks to play with before the Brawl ends, we've got you covered!

Popular Decks of the Week

With this past week's popular decks, it feels like a few slots are.. invisible. Maybe Arcane Explosion will bring out those pesky rogues.

What are you going to be playing this week? Tell us below!

Card Design Competition #22: One Thing Led to Another

Week twenty-two of our card design competition is live, and this week's theme is One Thing Led to Another. This week's competition involves creating a new card which has at least two effects, the second of which must depend on either:

Examples of current cards which follow this structure include: Bane of Doom, Blood Knight, Gnomish Experimenter, and Slam.

Winners get bragging rights, and a fancy avatar border on the site, so what are you waiting for? Go submit your card today! If you'd like to discuss this week's entries, head on over to the discussion thread. The submission phase is over on Tuesday, so get those entries in!

Congratulations to Ridelith for your winning entry in Lucky Sevens, Durotan! 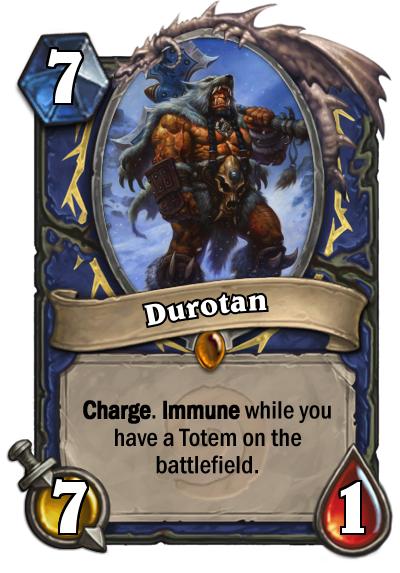