Welcome to the Year of the Hydra - The New Rotation Year!

Blizzard announces the Year of the Hydra as the new Rotation Year! Come check out what they had to announce!

It’s once again time to look to the great Hearthstone clock in the sky as it ticks one more tock forward. Get ready for the next Hearthstone year—the Year of the Hydra! But before we move forward, let’s take a quick look back at what has happened in the last Hearthstone year.

Hearthstone in the Year of the Gryphon

During the Year of the Gryphon, we joined 10 hero-mercenaries on their journey, starting in the Horde’s harsh proving grounds in Forged in the Barrens, then venturing to the Alliance’s capital-city in United in Stormwind, and culminating in a bitter conflict in the snowy Fractured in Alterac Valley. In the Book of Mercenaries solo content, we followed the stories of these characters as they grew stronger, came to know one another, and, eventually, joined together to take down the Black Dragonflight. In the new Mercenaries game mode, these 10 Mercenaries have been joined by over 65 other iconic characters in an entirely new way to play.

Speaking of new ways to play, the Year of the Gryphon introduced the new Classic format and the free Core Set. This year, we will see our first annual update to the Core Set when the Year of the Hydra begins with the launch of Voyage to the Sunken City. At that point, we’ll say goodbye to Ashes of Outland, Scholomance Academy, and Madness at the Darkmoon Faire as those sets rotate out of Standard.

Looking Forward to the Year of the Hydra

The Year of the Hydra will kick off with the launch of Voyage to the Sunken City on April 12. This year, our focus will be on adding to and improving our current systems, instead of creating entirely new game modes. This will include specific quality of life improvements, like the random hero skin feature and in-game reporting, as well as overall client performance improvements. On the roadmap below, you can see this emphasis on improvement and refinement for the upcoming year!

More Core than Ever Before

As we move from the Year of the Gryphon to the Year of the Hydra, we want our expansions to build on a strong Core Set foundation. We liked how the Core Set served in this role last year, but we are also excited to update the Core Set to better fit the specific goals for the year ahead of us. This year, 57 cards are rotating out of core and 72 cards are coming in—that means the Core Set will have 250 total cards, 15 more cards this year than it had last year!

We bid a fond farewell (for now) to the following cards that will not be returning to the Core Set this year:

Any of the above cards that currently only exist as Core cards will enter the Legacy set when they rotate out of Core and will be craftable and playable in Wild.

As you can see, not every class got the same number of adjustments. However, each class is gaining one card more than they are losing, and neutral is adding 5 more cards than it is losing, for a total of 15 more cards than before. But there are a few newcomers that stand out above the rest in a league of their own: 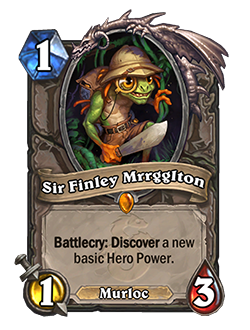 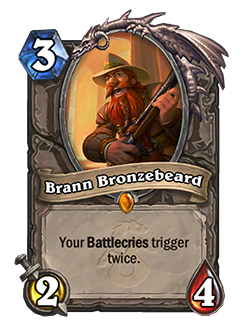 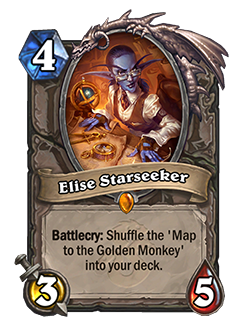 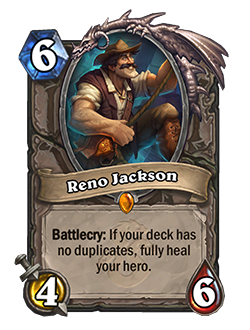 That’s right, the original League of Explorers are coming back to Standard! Other returning favorites include Voidwalker, Wild Pyromancer, Acolyte of Pain, Mossy Horror, Cloaked Huntress, and Fandral Staghelm.

No entirely new cards were created for the Core set this year, but some of the new additions and returning Core cards are getting slight adjustments to update them for the modern game.

Make sure to check out the Card Library to see all the new entries into Core.

The Future of Hearthstone Mercenaries

You may have noticed that the Mercenaries game mode added only one new Mercenary in Patch 23.0: the slippery murloc, Murky—available for free on the Rewards Track. That’s because Mercenaries will be shifting its release cadence in the Year of the Hydra.

Mercenaries will continue to have updates like events, balance changes, bug fixes, and general improvements in every patch, but the team will be shifting its major content beats to the X.4 patches. That means that the next bunch (and we do mean bunch) of new Mercenaries, Bounties, and Tasks will come in a few months. This shift will allow Mercenaries to have its own big moment like the other major modes do, and will allow the team to focus more efforts on the types of improvements that the community has been asking for.

Throughout this year, the team has plans for a way to spend excess coins, an expansive new end-game system to challenge your whole collection, and a series of improvements to the Task system, as well as more events and the continuation of regular updates to Bounties, Zones, Mercenaries. The first of those Task system updates, and a slew of Mercenary balance changes, are going live right away with Patch 23.0, and that’s just the beginning!

Battlegrounds will begin organizing its major moments into “Seasons,” similar to Hearthstone’s expansion cycles. These seasons will help give a clearer idea of when big changes—like special events, keywords, or system changes—are coming to the mode, as well as when they will be ending. It all starts with the first Battlegrounds Season, coming in Patch 23.2. That season will bring a new keyword mechanic, the new Naga minion type, new heroes, and more! Looking ahead, the team is planning to continue expanding on Battlegrounds cosmetics throughout the year, and to add a progression system to Battlegrounds at some point mid-year. Stay tuned for more information about these future developments.

The Year of the Hydra kicks all starts with the launch of Voyage to the Sunken City on April 12! Make sure you check out the 23.0 Patch Notes and the Rewards Track Refresh for more.