March is over and we are onto April, with Season number 97! With the next expansion, and the new Rotation Year, imminent, April should see wholesale changes to everything on the ladder.

If this scares you and you want to make sure you have a high Rank locked up before the madness ensues, you have until April 11th to do it. Because with the expansion on the 12th all bets are off and there will be a ton of early Meta mayhem, which is just the way some people like it!

Oh, and it's April Fools on day of publishing, don't take the bait that's out there!

For some people, including yours truly, there were some issues with the visuals of the End of Season Reward Opening. There's reports of incorrect ranks being displayed and no chest opening with clickable rewards, but the rewards seem to have been correctly assigned despite this.

If you ran into this, just check your pack stash, and you should have the correct number of Alterac Valley packs added. Cards being added is a little more murky, because not everyone seems to have been able to check definitively if cards were added to their collection. We can assume they were and if not, we can rest assured Blizzard will make up for it, as they always do with screw ups like this.

A new month also means we all received our ranked rewards from last month. You can let us know in the comments if there was anything particularly cool you got from the reward boxes or packs!

We'll leave you with the Rain on the Pane Cardback reward for the April 2022 season. You will need 5 ranked ladder wins in April 2022 to get it. "Rain on the Pane: They say the rain on the pane falls mainly down the drain. Harth must have planned ahead!" 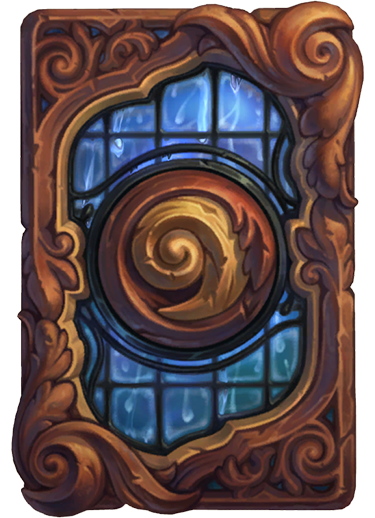