Well, that was quick. February is over and we are onto March with Season number 96! With the Mini Set introduction we saw a lively end to the month and can expect March to largely be a stable Meta with maybe just a few balance adjustments, but no card introductions. What we do have to look forward to is the next expansion and the rotation of the year and the Core set. Those typically come in early April, which should mean that announcements about them come Soon™.

A new month also means we all received our ranked rewards from last month. You can let us know in the comments if there was anything particularly cool you got from the reward boxes or packs!

We'll leave you with the Year of the Gryphon Cardback reward for the March 2022 season. You will need 5 ranked ladder wins in March 2022 to get it. "Year of the Gryphon: We braved the trials of the Barrens, survived the schemes of Stormwind, and ascended to the peaks of Alterac!" 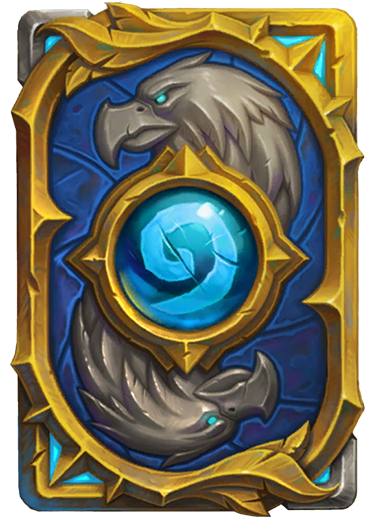