Questlines are upon us, as well as a lot of support for other archetypes! Here, we'll talk about potential combos available in Wild mode once these new cards are released. 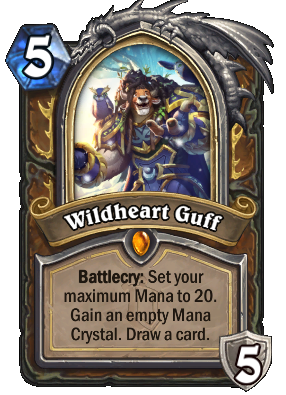 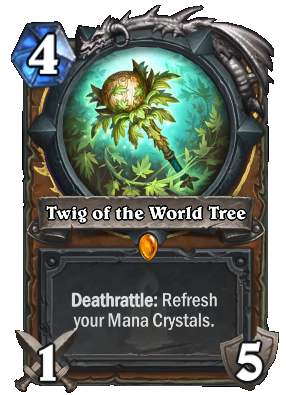 Until now, Twig of the World Tree has been the easiest 1-card way to play 20 mana worth of stuff in one turn. Now that there’s a way to exceed the normal mana cap, this twig can also be used as one big super ramp to get those 10 crystals early and permanently. 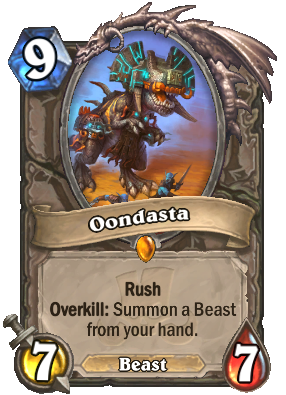 With a new legendary that supports Big Beast Hunter decks, Oondasta can make even bigger swings than before. If Wing Commander Ichman pulls him out of the deck and you manage to Overkill something, you get another Beast from both our hand AND your deck. 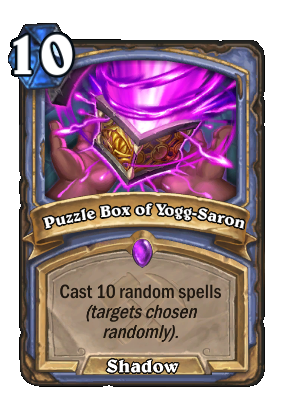 The real intention of Magister Dawngrasp is to cast a big Fire, Frost, and Arcane spell. However, Mages do have access to Shadow spells and can also be recast by the Battlecry. There are 3 Shadow Mage spells. Book of Specters is greatly discouraged. Mask of C'Thun is a good option and is the only one of the three that exists in standard. While it certainly is the more viable choice for competitive purposes, there are always people who enjoy a certain level of chaos that Puzzle Box of Yogg-Saron provides. 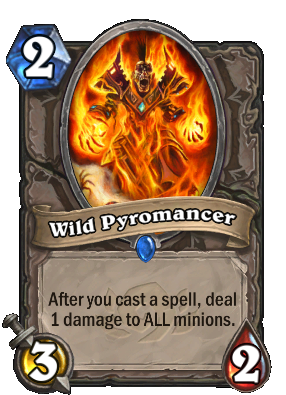 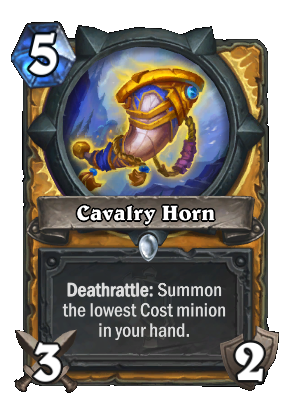 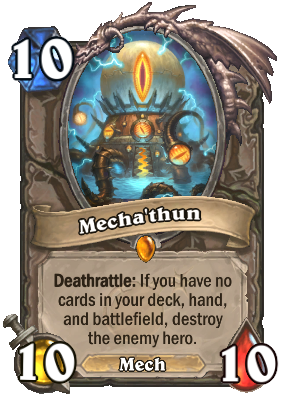 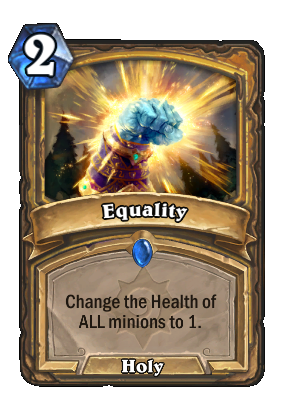 Facilitating OTKs hasn’t been too big of a problem for Paladins, and here’s a new way to do it. Once your deck is empty, here’s what you need to do. Have a Cavalry Horn with 1 remaining Durability, then play your Wild Pyromancer. Attack with the horn to pull Mecha'thun out of your hand and Equality to kill everything. Your whole board will be cleared, which will secure you the win as long as nothing else was in your hand when using this combo. C’Boom! 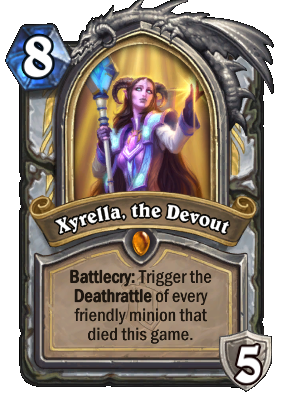 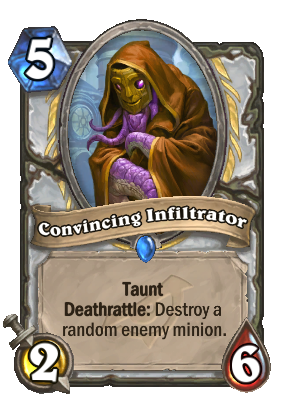 Priest has plenty of Deathrattles to choose from, and they’re quite proficient at spamming copies of them. Convincing Infiltrator has been one of the most prominent minions among Priest’s options. If Xyrella, the Devout triggers its Deathrattle several times, it can easily surpass even the Battlecry of a fully invoked Galakrond, the Unspeakable. 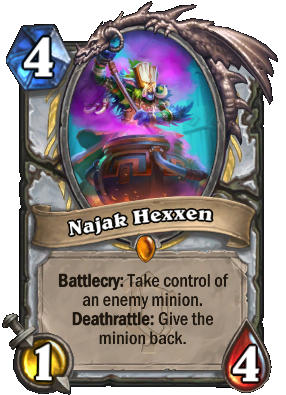 Immediately upon being revealed people right away were thinking about how they can use Najak Hexxen to permanently keep the stolen minion. While silencing Najak with Purify or bouncing him with Youthful Brewmaster are decent ways to do this, using the long forgotten Recombobulator is the most tempo efficient way to prevent Najak’s Deathrattle from losing you your prize. 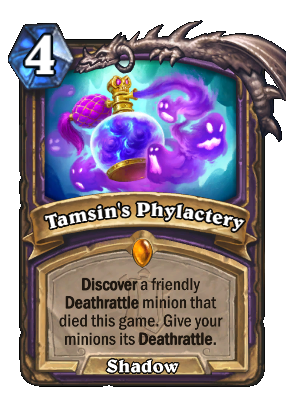 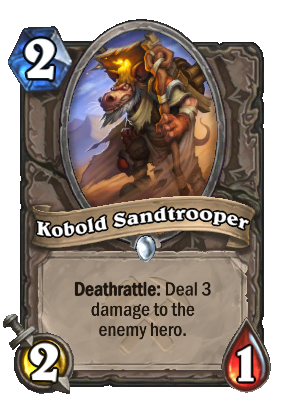 Making the most out of Tamsin's Phylactery requires both a big enough Deathrattle to abuse and the ability to summon several minions to give the Deathrattle. Warlock decks that fill the board are typically aggressive, and Kobold Sandtrooper fits that kind of deck really well. Even just giving 2 minions this Deathrattle is the damage equivalent of a Fireball to the face. 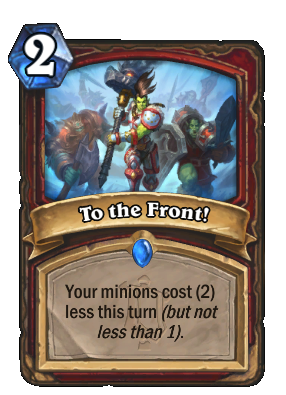 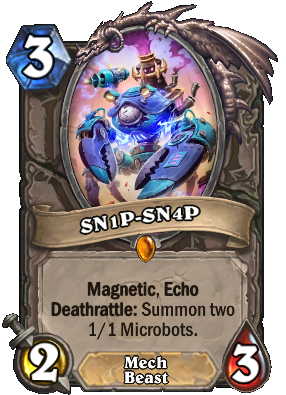 We’ve seen in the past how a continuously discounted SN1P-SN4P can lead to some crazy burst damage. Now Warriors have access to their own unique version of this type of combo. This effect can be done can be done with two Mechwarpers, but just using To the Front! accomplishes the same thing while costing (1) less, requires one less card, and discounts ALL minions. At full mana with a Mech already on board, you can generate 16 damage straight from your hand!