After a whirlwind month of nerfs we seem to have finally hit a calm in the constructed United in Stormwind meta. Looking ahead however, we can already see the mini-set lurking, which might even come this month. Plenty of reason to start stacking those ladder rewards in preparation for it!

In the meantime the October ladder looks to be one with little change, and thus a chance to really climb with the assurance that you will likely know what you face and can just play your deck to your strongest outs, without fear for big surprises or too many unexpected deck choices. That might be boring to some, but it also often leads to the strongest and most honest competition.

A new month also means we all received our ranked rewards from last month. Let us know in the comments if there was anything particularly cool you got from the reward boxes or the packs.

We'll leave you with the Herbalist Cardback reward for the October 2021 season. You will need 5 ranked ladder wins in October 2021 to get it. "Herbalist: Everyone can get behind this daily grind." 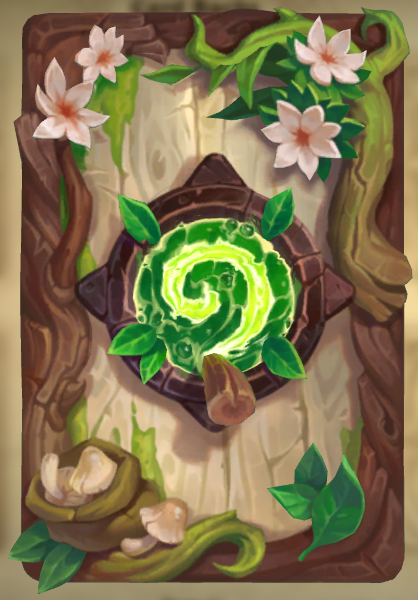