The Hearthstone Mercenaries reveal is scheduled for 9am PDT/ 12pm EDT/ 18:00 CEST/ 17:00 BST on the PlayHearthstone's Twitch channel AND YouTube channel.

So what IS Hearthstone Mercenaries? It's supposedly a Tactical Rogue-like RPG, which means it's meant to be a game where you make choices about which enemies you want to fight or which events you want to do with a cast of characters. You fit those characters out with items and abilities to make them stronger and you keep progressing onwards with every run you do in the game. You will keep certain things from your run, whether you won or lost, and start the next one stronger.

The Talk explaining a little about Mercenaries from Blizzcon can be found HERE.

We already know the most likely Release Date for the new game mode from a leaked video that was briefly exposed. The date mentioned there is Tuesday October 12th

In Hearthstone Mercenaries, players will build of a collection of mercenaries from among dozens of fan-favorite Warcraft characters such as Sylvanas Windrunner and Ragnaros the Firelord (as well as some new faces).

Before a Mercenaries run begins, players will assemble a team of mercenaries from their collection. Each mercenary has a unique set of abilities, and they’ll acquire experience and loot by winning battles, eventually earning the ability to evolve into more powerful versions of themselves!

Mercenaries features a fast-paced combat system that rewards cunning and anticipation. Before each fight, players will select mercenaries from their team to participate in battle. Each turn, they’ll pick their team’s actions simultaneously with their opponents and watch the results of the fight play out.

Players will face a new selection of randomly generated encounters every time they start a Mercenaries run, earning in-game achievements and rewards to bolster their team as they battle their way to the final boss. And in PVP mode, players will be able to pit their mercenary teams against other players!

We’ll have more information to share on Hearthstone Mercenaries, including a launch date, later this year.

Mark your calendars! On August 31, at 9 a.m. PT, on both Twitch and Youtube, join Hearthstone Game Director Ben Lee, Game Designer Joe Killion, and U.I. Designer Hasiba Arshad for a deep dive into the upcoming Mercenaries game mode. The showcase will feature gameplay, reveal tons of content, and formally announce the Mercenaries launch date—it also might include a surprise or two! 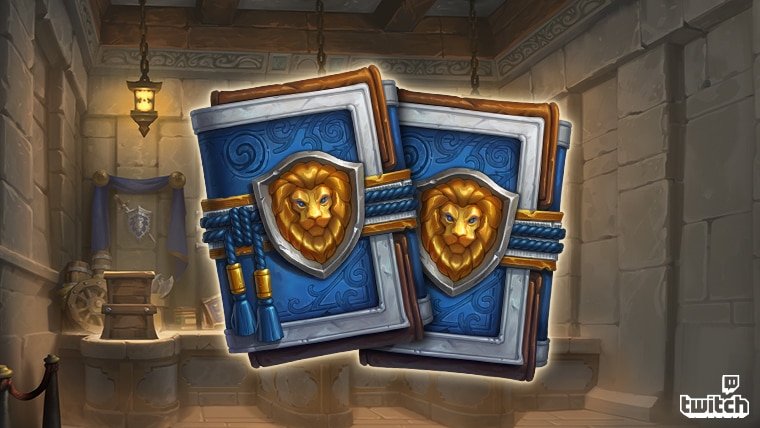 On top of that, Twitch drops are back! You can earn up to 2 United in Stormwind packs for watching category-wide on Twitch. Between 8:30 a.m. and 10 a.m. PT, watch 15 minutes of any Hearthstone stream on Twitch to earn one pack and then watch 15 more minutes for the second. As a reminder, Twitch has updated how drops work on their end. Here is what you need to know:

After you’ve claimed your reward on Twitch, please make sure you’re logging into the region you’d like to receive the drop(s) on, as the first region you log into will be where we deliver your pack(s). It can take up to ~30 minutes to receive your reward(s) in game after claiming.

You’ll need to link your Twitch.tv and Battle.net accounts to receive Twitch Drops. Here’s how: