We've just gotten a huge announcement of Quilboars coming to Battlegrounds as well as purchasable competitive decks coming to Hearthstone with patch 20.2 tomorrow!

Just to clarify: Patch *Notes* are going live tomorrow; the Patch itself is planned for next week.

We’ve got two major pieces of news to share with you today! The first is a preview of the next major Battlegrounds update: Quilboar! The Quilboar update will include the new Quilboar minion type, 17 new minions, 3 new heroes, and a new mechanic: Blood Gems! 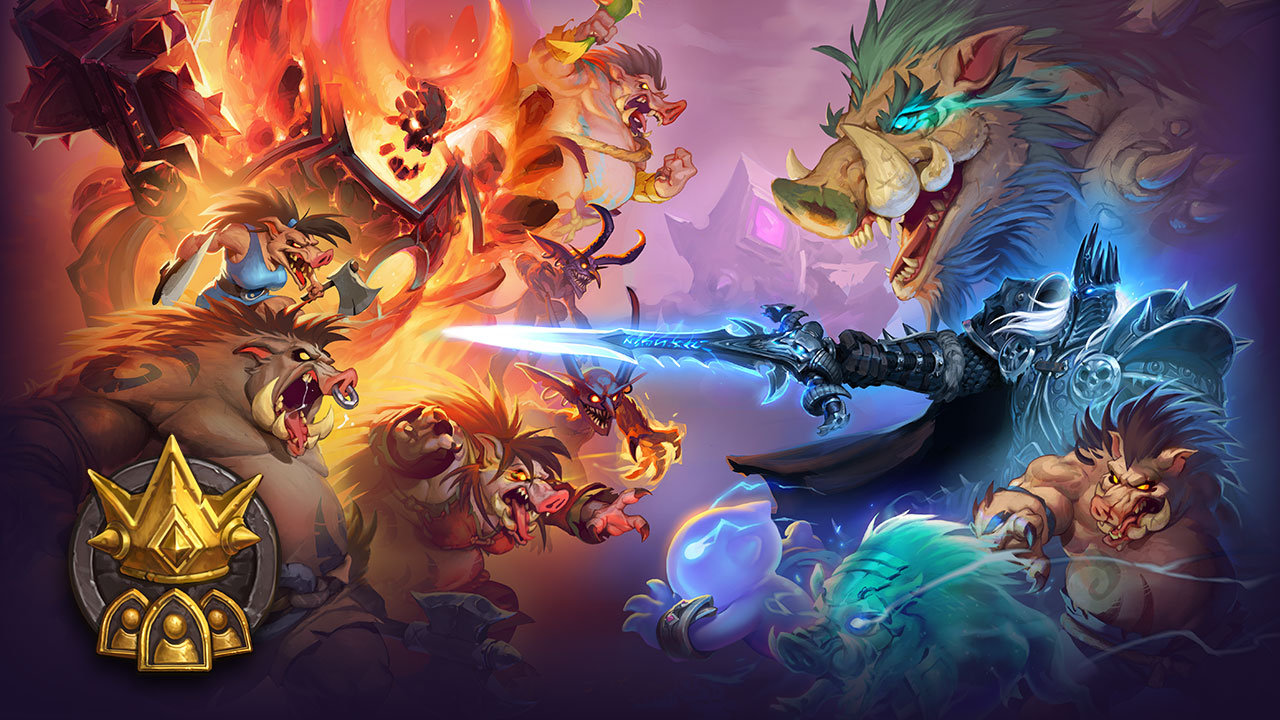 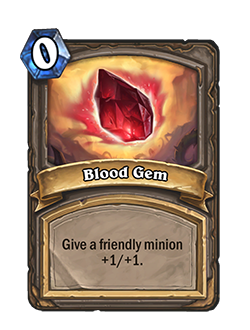 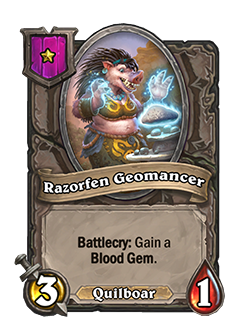 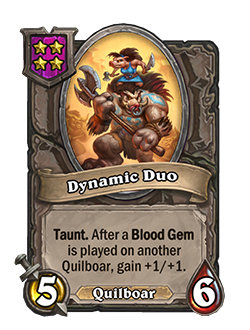 There will still be five minion types per Battlegrounds game once Quilboar are added, meaning that three minion types will be excluded from each game. Just like when Dragons, Pirates, and Elementals were added, Quilboar will show up in every Battlegrounds match until our next major content patch.

The full details of the Quilboar update will be shared in the 20.2 patch notes, tomorrow.

Battle-Ready Decks allow for anyone to jumpstart their Collection and hit the ground running in constructed modes!

Our second piece of news is that, for the first time ever, we’ll be offering curated decks optimized for the most recent expansion through the web and in-game shops! When these Battle-Ready Decks become available, you’ll be able to add a complete deck from the class of your choice to your permanent Collection. Each Battle-Ready Deck is handcrafted using data captured across hundreds of thousands of play sessions to ensure you’re taking home a combat-worthy list! Battle-Ready Decks will be available for purchase for a limited time for $19.99 and will be limited to one per account.

Guard your Watch Posts with some spiky Quilboar as you fight for board until one of you late game powerhouses hits the battlefield! Contains 30 cards: 3 Legendary, 4 Epic, 8 Rare.

Grow your mana early on and if you can survive till the late game then you’ll be able to defile your opponent. Contains 30 cards: 2 Legendary, 10 Epic, 2 Rare.

Swarm the board with an early Kolkar Pack Runner and then crush your opponent’s will with a well-timed Trampling Rhino. Contains 30 cards: 3 Legendary, 6 Epic, 6 Rare.

Start slowly but swing the board in your favor with strong reactive spells. Utilize Aegwyn’s never ending Deathrattle to set up for a burst finish.Contains 30 cards: 4 Legendary, 2 Epic, 5 Rare.

Seize control of the board through some tricky secrets and sticky minions. Get in some early chip damage and then finish with Conviction! Contains 30 cards: 3 Legendary, 6 Epic, 6 Rare.

Speed through your deck with Secrets, Battlecries and Combos and then finish your opponent with a fire breathing dragon. Contains 30 cards: 4 Legendary, 2 Epic, 10 Rare.

Combine forces of nature with the power of Bru’kan to unleash massive burst damage on your opponent and their board. Contains 30 cards: 4 Legendary, 7 Rare.

Keep control of the board with a plethora of removal tools and then turn the tides of battle with the EREDAR LORD OF THE BURNING LEGION himself. Contains 30 cards: 4 Legendary, 2 Epic, 8 Rare.

Utilize Conditioning to buff up a large hand of minions, then overwhelm your opponent with powerful Rush synergies. Contains 30 cards: 3 Legendary, 5 Epic, 9 Rare.