Choose Your Champion Returns for the 2020 World Championship!

Blizzard just announced the return of the Choose Your Champion event for the 2020 Word Championship.

Choose Your Champion Presented by T-Mobile Returns for the 2020 World Championship!

The Hearthstone 2020 World Championship kicks off on December 12. Eight of the best Hearthstone players in the world are representing the Americas, Asia-Pacific, China, and Europe. Qualified players will compete for their share of the $500,000 (USD) prize pool and a spot in the Hall of Champions!

You can choose one of the eight competitors as your champion and be rewarded with Hearthstone card packs based on how well they perform! Simply click the button below to log into your Battle.net account and choose a champion to cheer for—but remember, you cannot change your selection once you have chosen!

Just for participating, you will receive one card pack from Madness at the Darkmoon Faire. You will receive one additional card pack each time your champion advances—to the quarterfinals, semifinals, or finals. If your champion plays in the finals, for example, you would earn four total packs (including your participation pack). All card packs are expected to be delivered to you in-game within 30 days after the World Championship. Voting ends on December 11 at 11:59 p.m. PST.

Seeing your champion succeed isn't the only way to earn packs. T-Mobile customers can also earn an additional pack through the T-Mobile site. After claiming your code, you can redeem for a free pack at Battle.net/redeem.

With so many incredible players competing for the Championship, we figured a guide to each player’s strengths, weaknesses, and signature playstyle would be helpful. Scroll down for a quick visual rating of each player and to see why they may be the next Hearthstone World Champion! 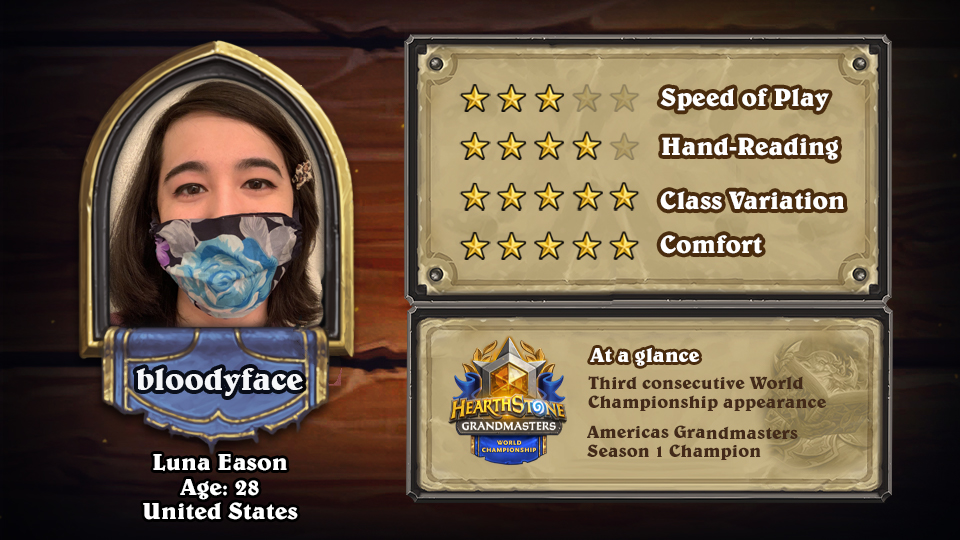 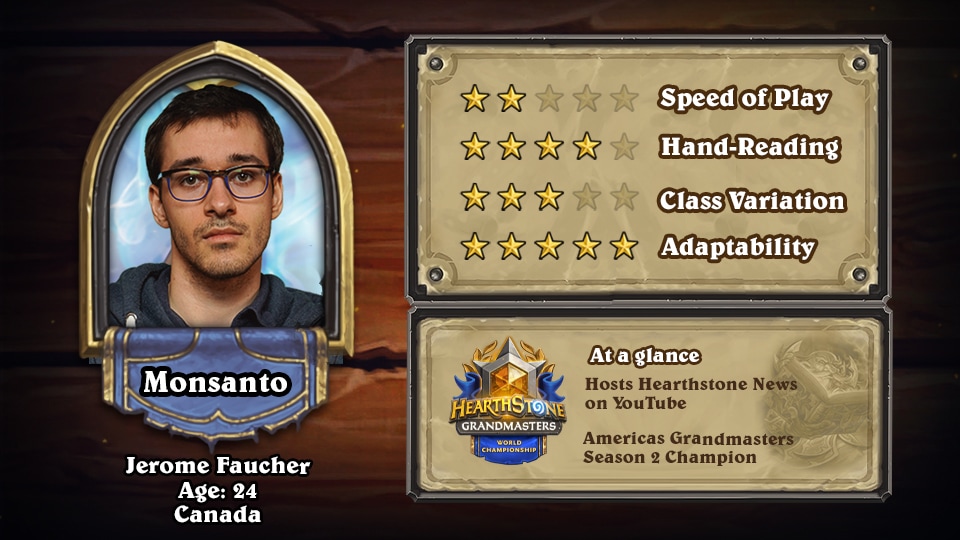 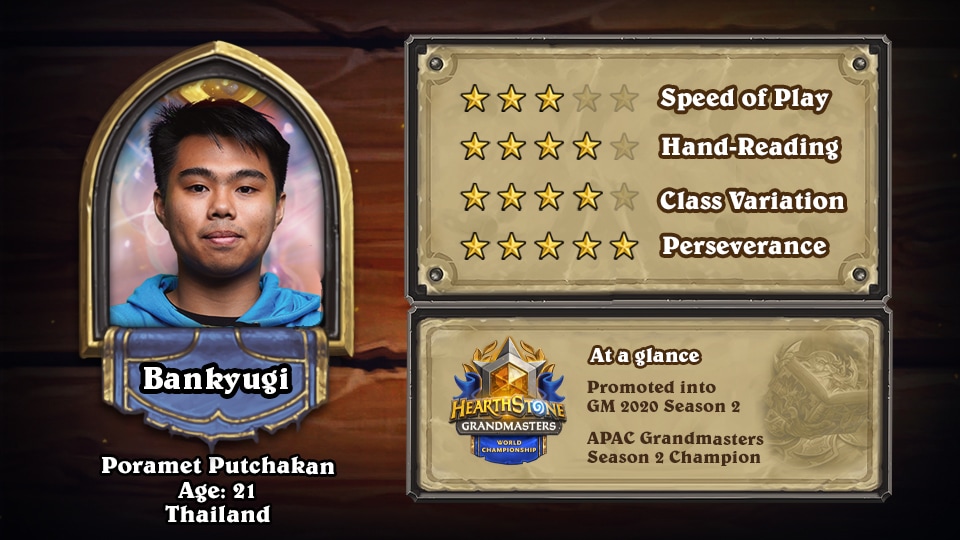 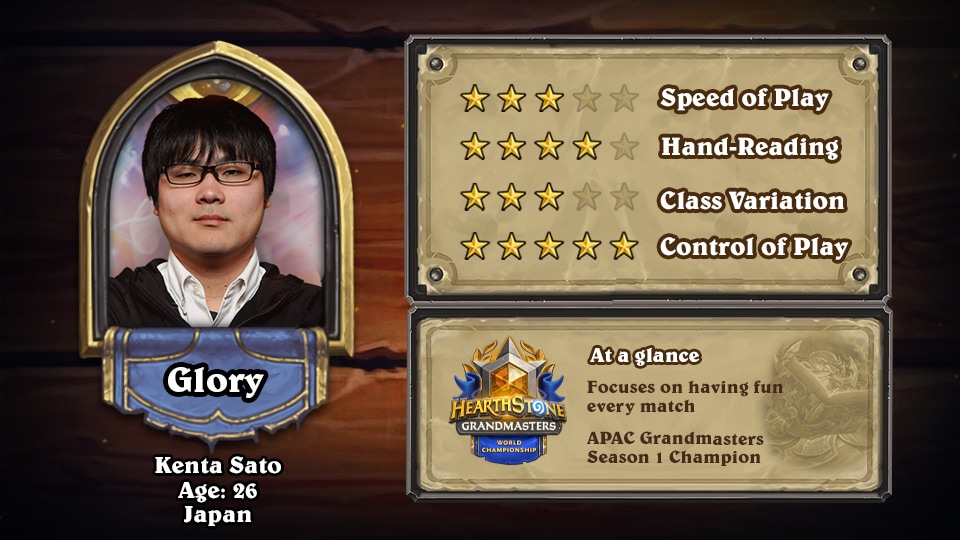 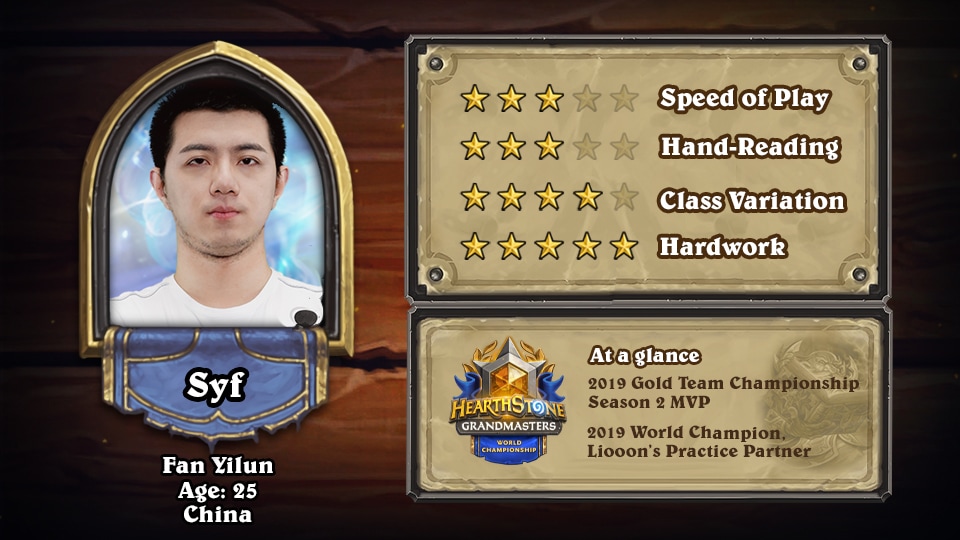 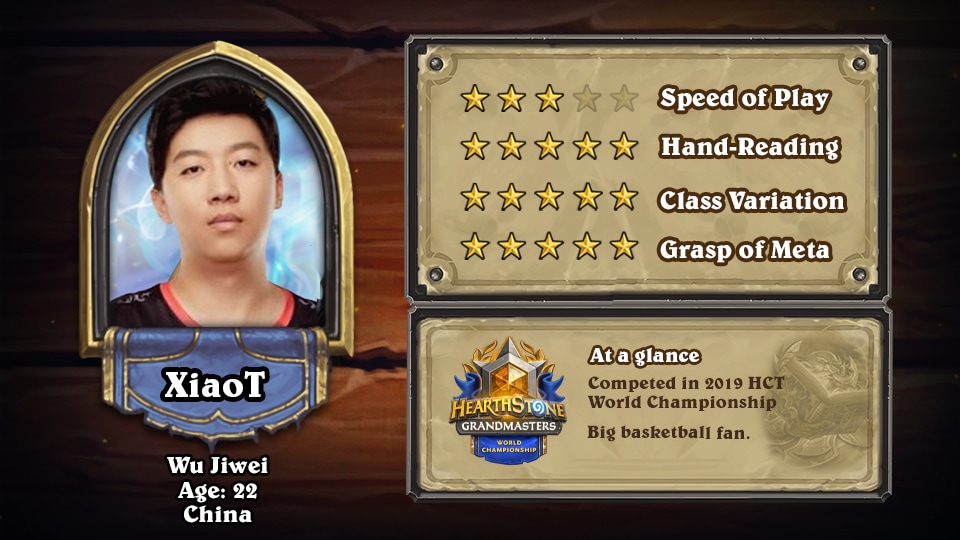 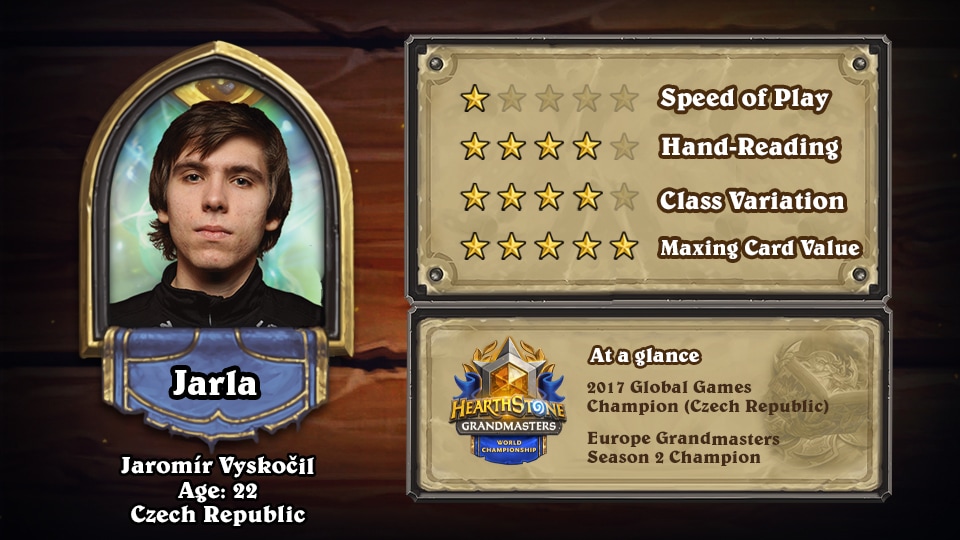 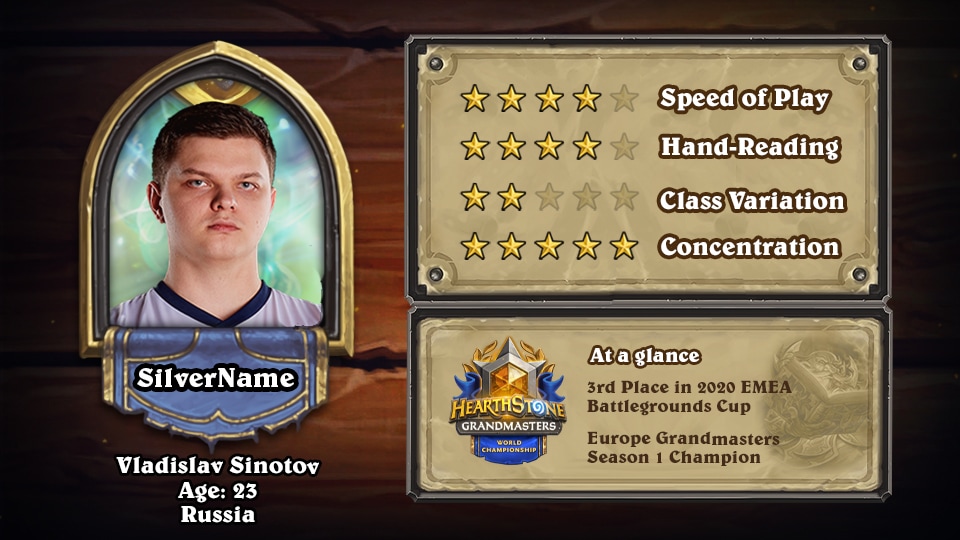 Who will claim victory and join the Hall of Champions? Let us know in the comments, or tweet your prediction using #CYCWorldChamps. Be sure to tune in for the 2020 World Championship at YouTube.com/HearthstoneEsports beginning on Saturday, December 12 at 8:00 a.m. PST!