Blizzard just announced that the upcoming theorycrafting livestreams will be taking place on July 30 at 9 AM PT/6 PM CEST.

Join these creators tomorrow for some extracurricular experimentation in #ScholomanceAcademy! 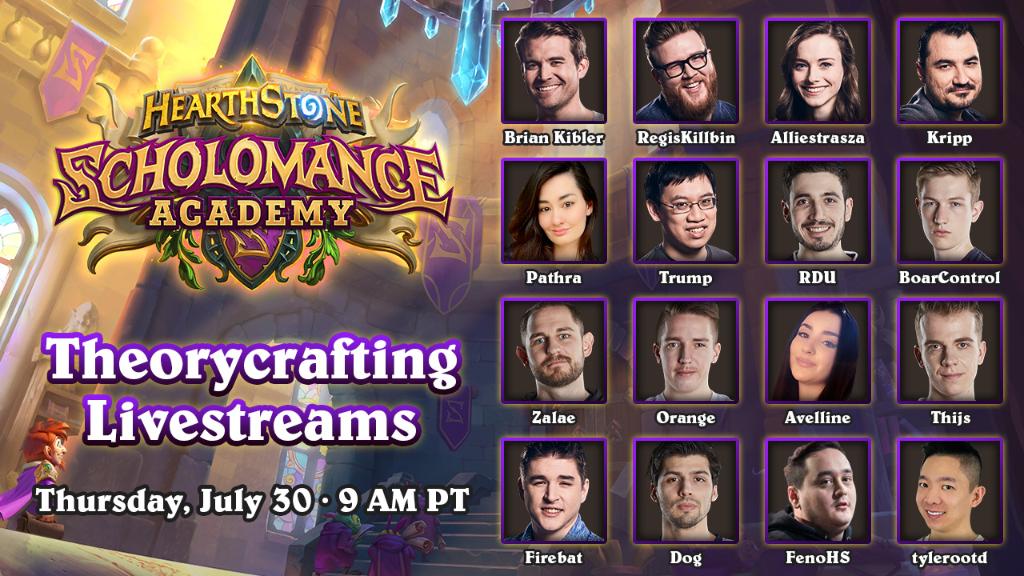 The Headmaster expects your attendance.