Blizzard just posted about some huge, widesweeping nerfs that are going to happen to the game next week, on July 14th.

On July 14, we’ll be releasing a patch that includes balance updates for several cards in Standard. Craftable cards listed below will be eligible for a full dust refund for two weeks after the 17.6 patch goes live.

We have some Battlegrounds updates planned for the near future as well. Stay tuned! 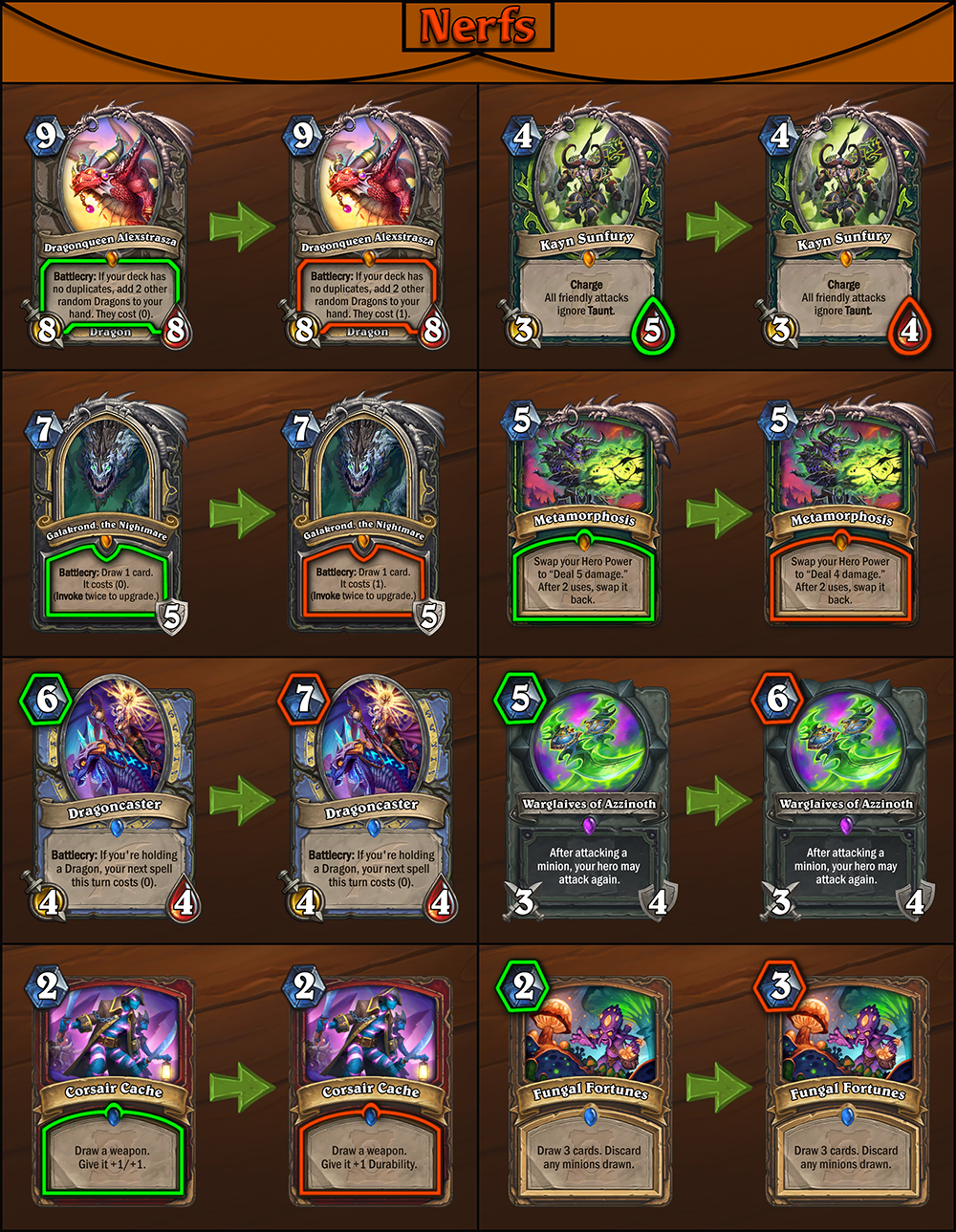