Today sees the launch of the Ashes of Outland Solo Adventure Challenges at 10am PT/ 1pm ET/ 19:00 CEST/ 18:00 BST. For these challenges you will need to create your own deck to beat them! 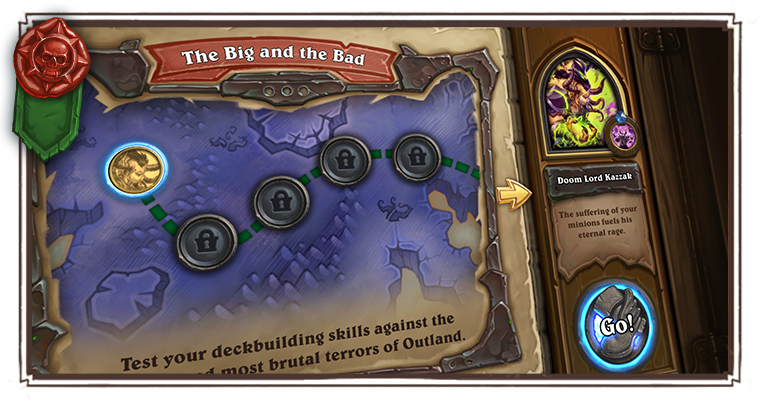 Next, you’ll get access to Challenge Mode where you can build a deck and take on some of Outlands biggest and baddest raid bosses. Complete all challenges to earn Golden  Kael'thas Sunstrider! RAD!!

You can find Decks to beat specific Challenges bosses uploaded on our site, if you search the decks and select "Deck Type" as "PvE Adventure" in the Additional Filters or by using this link!

If you are playing Challenges and have a great deck for a certain Boss, then please, upload it using our Deckbuilder.

Simply make the deck like you normally would, then instead of "Ranked Deck" pick "PvE Adventure" from the drop down and under the "Boss" drop down, select which boss the deck is for. Write a description on how to use the deck for a better chance at those sweet, sweet upvotes. The community thanks you in helping them beat this Adventure and getting the cool Golden Kael'thas Sunstrider.

We put some images below to show where the drop downs are!

Then the Specific Boss